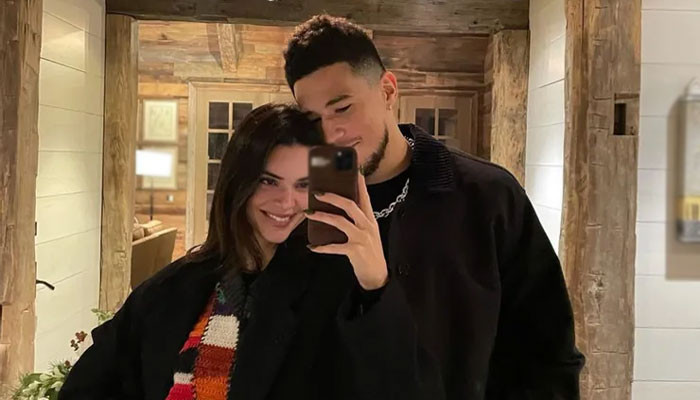 Los Angeles: US reality TV star Kendall Jenner’s boyfriend Devin Booker scored a team-high 38 points as the Phoenix Suns won for the 13th time in the last 14 games with a 127-124 victory over the Chicago Bulls on Monday.

Booker shot 14-of-23 from the floor and Paul finished with 19 points and 11 assists for the Suns, while Crowder had 10 points, grabbed 10 rebounds, and dished out six assists for the NBA-best Suns.

Booker has now scored 30 plus points in five of the last eight games for Phoenix, who led by as many as 27 points in front of the crowd of 20,600 at the United Center arena.

“We play together as a team and get it done every night,” said Booker. “We have been through it. We had a deep playoff run last year and we keep getting better.”

Phoenix shot 54.4 percent compared to 47.8 shooting by Chicago, who lost for the second time in as many days while permitting 115-plus points for the seventh straight game. (Web Desk/AFP)