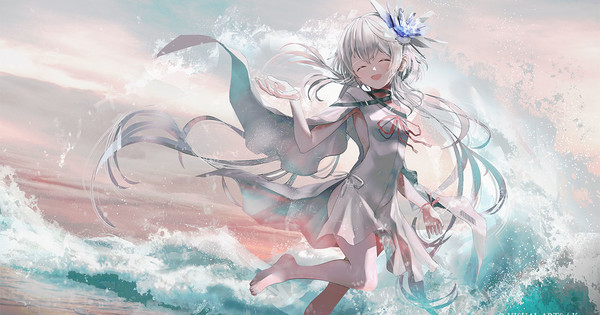 Key revealed on Friday that it will release its Stella of the End (Owari no Stella) kinetic novel for PC on September 30. The game was most recently slated for this summer. Key is also streaming a teaser trailer.

Key originally revealed the game under the temporary title Project:PORTER in October 2020, with an original release window of 2021.

Romeo Tanaka is writing the scenario, and SWAV is providing the illustrations. Zero Aimiya will perform the opening theme song “Breath of Stella.”

If I make it to the other side of the sky, I can become human… Earth has been taken over by a group of machines that created a “singularity.” Humanity is forced to live hidden in the shadows.

One day a transporter receives an odd request. Their cargo this time will be a girl android developed as a family member substitute. She is unaffected by the Singularity Machines.

Despite being put off by the girl’s naive behavior, the transporter sets out on the journey. Sometimes it’s human bandits they must evade, other times it’s the machines they run from. Undeterred by such dangerous situations, they press on to make the delivery.

The girl often talks about wanting to become human. Their destination is a space elevator, so tall it appears to pierce the sky. The rumor is that androids who make it to the top can be made human, but is it true?

Key had announced the game alongside two other kinetic novels in 2020. Loopers released on PC in May 2021 and on iOS and Android in July 2021. A Nintendo Switch version with an English release will launch on June 2. Lunaria: Virtualized Moonchild released for PC in December 2021 and released for iOS and Android on February 24.