Kingpin has found a way to see through Marvel Comics retcons 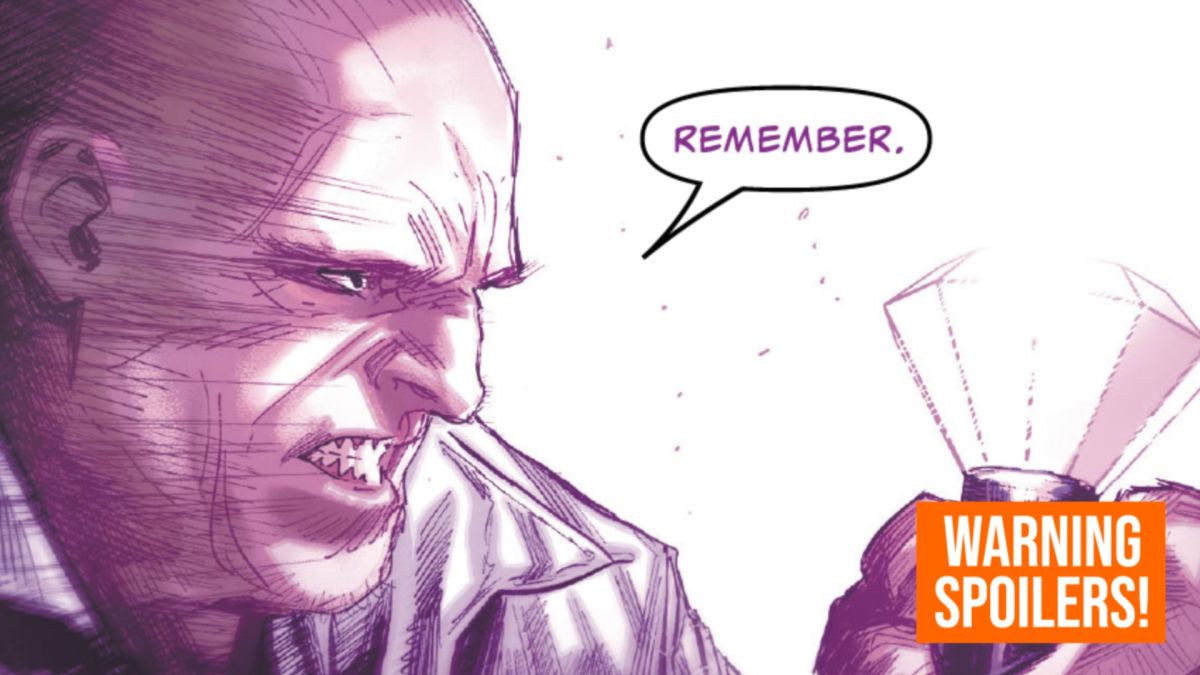 Devil’s Reign #4 ups the ante of the already high-stakes crossover, restoring something Kingpin once lost which he values above all else, and it may spell doom for Matt Murdock.

In Devil’s Reign #4 from writer Chip Zdarsky and artists Marco Checchetto and Marcio Menyz, Kingpin realizes the true power of the Purple Man gemstone he created and uses it to give himself the one thing he’s always wanted – power over Daredevil.

So how exactly does Kingpin gain an advantage over his archenemy, and what does this mean moving forward? We’ll break it all down right now.

Spoilers ahead for Devil’s Reign #4

The secret of Daredevil’s true identity as Matt Murdock has been the Kingpin’s most highly sought after prize since their rivalry first started, and he’s made his share of mistakes and committed his share of crimes trying to figure out who Daredevil really is – even succeeding a few times, only to have the knowledge somehow magically erased from his mind along with everyone else who knows his secret, kinda like Spider-Man in One More Day.

Now, Kingpin has found a way to do what most in the Marvel Universe haven’t, and see right through the many retcons and rewritten memories that have hidden Daredevil’s secret identity from him for years – remembering in an instant that Daredevil is actually Matt Murdock.

Sharing a surprisingly tender moment with his wife Typhoid Mary after a harsh encounter with his estranged son Butch, Kingpin wishes Mary could recall all the aspects of their long relationship that have been lost thanks to her unique mutant powers and subsequent psychological condition. As he makes his idle wish, Kingpin clutches the stone that holds a fraction of Purple Man’s mind control power close – inadvertently using it to unlock Mary’s clouded memories.

Kingpin realizes immediately what this means, and as he races to his rooftop in a rush of emotion, he uses the stone on himself to recall his locked memory of Daredevil’s secret identity, coldly uttering only the name of his hated enemy as he reels in the downpour that floods his rooftop: “Matt Murdock.”

But how did Kingpin forget Daredevil’s identity to begin with? Well, the answer is surprisingly relevant, as the bulk of the rest of Devil’s Reign #4 deals with Kingpin sending his Thunderbolts out to find and capture the Purple Man’s children, the young siblings who collectively inherited an amplified version of Purple Man’s mind control powers in order to add their abilities to his and psychically conquer New York City.

It was actually the Purple kids who helped Matt Murdock erase his identity from Kingpin’s mind (and everyone else’s) in the first place after it was revealed to the world, causing him no end of personal troubles.

Now that Kingpin knows Daredevil’s secret, and Matt’s one of the people who’s been guarding the kids, it seems like Devil’s Reign is heading to some potentially seriously dark places if Kingpin can get his hands on the Purple kids.

And to add a little heat to that boiling pot, Marvel has teased that Marvel’s New York will be “remade and reforged” by Wilson Fisk, with “eight million people turned against” the heroes who have sworn to protect the city and call it home.

Is this all building to Wilson Fisk actually taking hold of the Purple Man’s full mind control powers and cementing himself not just as Mayor of New York in perpetuity, but possibly even elevating himself to the position of President of the United States as previously foreshadowed?

One thing’s for sure, Devil’s Reign is further cementing Kingpin’s place at the top of the best Daredevil villains ever.