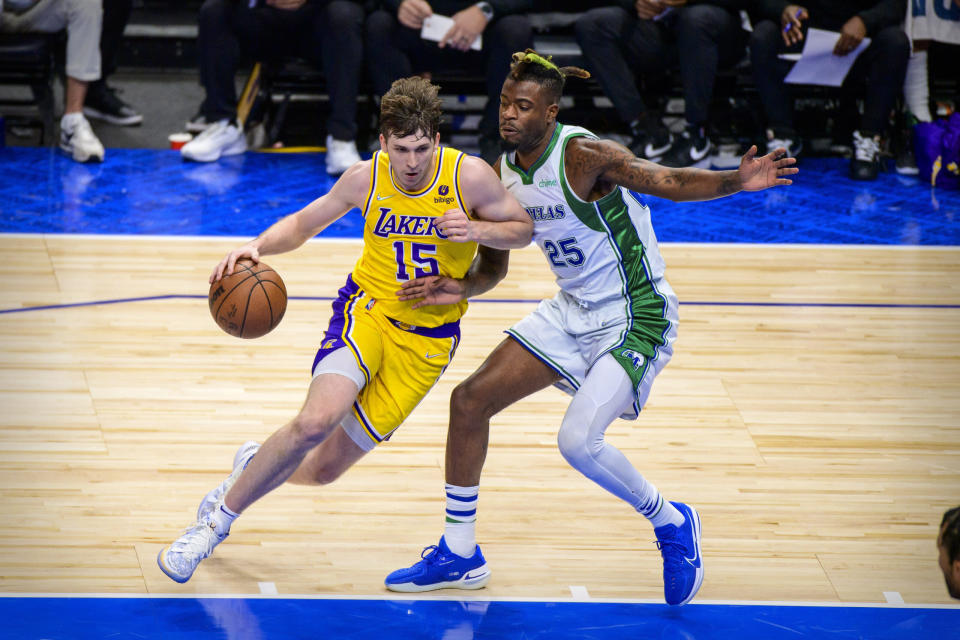 Los Angeles Lakers rookie Austin Reaves on Friday saw his non-guaranteed contract become fully guaranteed for the remainder of the season, according to Dave McMenamin of ESPN.

Reaves initially signed a two-way contract with the Lakers but the team opted to convert it to a two-year deal in September. The contract was non-guaranteed but it became fully guaranteed on Friday when the team did not waive him by the 5 p.m. EST deadline.

The undrafted guard from Oklahoma has emerged as a key player off the bench, averaging 5.4 points, 2.4 rebounds and 1.1 assists in 21 games. He sent the Lakers to a victory over the Dallas Mavericks on Dec. 15 after hitting the game-winner to finish with a career-high 15 points.

Reaves has often been praised by the coaching staff and his teammates for his ability to stay ready and contribute when called upon. He has been credited for showing poise well beyond his years and has proven that he isn’t afraid of the moment in high-pressure situations.

The Lakers were forced to fill out their roster with several minimum contracts but they appear to have hit a home run with the signing of Reaves this season.

Frank Vogel: Austin Reaves has been ‘outstanding’ for Lakers