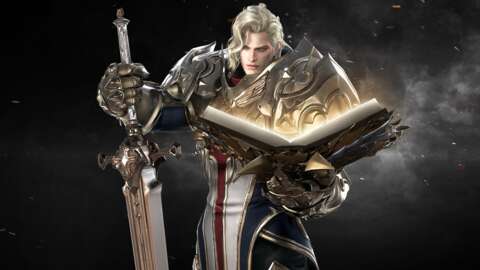 Choosing which class to play in Lost Ark is a big decision, and one you’ll have to figure out almost immediately upon starting the game. While you’ll pick your base class on the character creation screen, it’s just a few minutes later that you’ll be asked what advanced class you want to play before you’re locked into your choice. With five base classes and a total of 15 advanced classes to choose from for the game’s North American and European launch, it can be hard to narrow down your options. You may want to play a warrior, but which kind? Or maybe you’re more into ranged character and want to go with the gunner class, but are unsure which advanced class is right for you? That’s what this guide is for.

Depending on your playstyle and what kind of role you want to fill, this guide will outline some of the best class options to choose from. The classes included in this guide are based on a few different criteria, namely how easy the class is to play effectively, how powerful it can be when played in the endgame, what kind of utility the class brings to the table, and how in-demand the class will be in various types of content. This is also a PvE-focused list, so those wishing to focus on PvP may want to make different decisions. Keep in mind that “best” is fairly subjective as well. All the classes in Lost Ark are viable, and a skilled player can definitely still excel with a class not featured on this list, though doing so might just be a tad more difficult.

The Wardancer brings both high damage and powerful buffs to the battle.

The two-handed-sword-wielding Berserker is a powerhouse of a class, for multiple reasons. For starters, the Berserker is among the tankier classes in the game, sporting heavy armor and a large health pool. This makes it fairly beginner-friendly. When coupled with the Berserker’s hard-hitting and easy-to-land abilities, as well as the ability to buff allies and debuff enemies, new players just looking to jump in, deal some great damage, and survive to see another day simply can’t go wrong with this melee monstrosity.

A powerful elemental kung fu fighter, the Wardancer deals good damage, has decent survivability, strong mobility, and is easy to get the hang of. But one of the class’s greatest strengths is the utility it brings to group content. The Wardancer has a buff that grants a massive crit chance bonus to both yourself and party members, in addition to buffs increasing party movement and attack speed. This will make the Wardancer a welcome addition to just about any group.

If you’re looking for a high-damage, glass cannon type of class, look no further. The Sorceress can dish out some serious pain, and while she may be squishy, she has the tools to evade her attackers and stay on top of any situation. Using fire-, ice-, and lightning-based ranged attacks, the Sorceress excels at area-of-effect damage and taking out large groups of enemies from afar. She is capable of dealing heavy sustained damage or massive burst damage depending on how you choose to play the class, and also brings a 6% damage buff to the table, making this a strong pick for those who are looking for a more spellcasting focused class.

For those looking to bring a gun (or multiple) to a sword fight, Gunslinger might be the class for you. While Gunslinger does technically have three different weapons with which to spew lead in the form of a sniper rifle, pistols, or shotguns, it’s more focused on damage from afar using the sniper. Capable of dishing out some insane damage and featuring a 10% increased crit buff, the Gunslinger’s only downsides are that it’s an extremely fragile class and that it can be a little complicated to learn when first diving in.

Much like the Gunslinger, the Deathblade believes having three weapons is definitely better than one, as she swings around three swords at dizzying speeds to become a hurricane of death. Deathblades deal good damage, are fairly simple to play, and are likely one of the flashiest classes in the game in terms of cool-looking abilities. While squishy, the Deathblade makes up for it with great mobility, which you’ll need to take advantage of to both dash out of harm’s way while also darting to the backsides of enemies to deal bonus damage with many of your attacks.

The Bard is the best of the best when it comes to keeping the party alive through tough encounters.

A frontline fighter who also brings some serious utility to group play, the Paladin will always be an extremely in-demand class in Lost Ark’s endgame due to the class’s support focus (and the fact that there are only two support classes currently in the game). Paladins can buff, shield, and heal allies, all the while dealing damage of their own with their one-handed sword. Since they’re a part of the Warrior class, Paladins are also extremely durable. While on a pure support level they are outclassed by the Bard, they make up for it with their more hybrid support/combat nature and fairly straight forward skill set. Excelling as a Paladin will require learning Lost Ark’s endgame scenarios as well as when and where to use your support abilities to greatest effect. That might take time, but stick with it and any endgame party will be thrilled to have you on their side.

The Bard comes equipped with the best heals and shields in the game, making it an indispensable class for endgame content alongside the Paladin. Much like the Paladin, you’ll need to learn the endgame scenarios and know when (and when not) to use your powerful support spells to turn the tide in your favor, which can be a bit intimidating. Unlike the Paladin, however, Bards aren’t much for frontline fighting. In fact, expect to be dealing little to no DPS at all in group content, instead focusing on keeping your party healthy and buffed up from a distance. Due to the class’s lack of damage, playing a Bard as a solo player can unfortunately be a bit of a drag, but if you enjoy keeping teammates in the fight and being the unsung hero of the party, you’ll find Bards are the best, bar none.

A walking fortress, the Gunlancer is not to be trifled with.

When it comes to tanks in Lost Ark, you really only have one option, but what an option it is. The Warrior wielding a massive shield in one hand and a gun that is also a lance in the other, the Gunlancer is the sturdiest class in the game by a mile. Capable of face-tanking hits, taunting enemies, interrupting attacks, and straight up ignoring certain boss mechanics, Gunlancer’s are an essential part of Lost Ark’s endgame due to their unique role. But even if you don’t normally play tanks in MMOs, don’t dismiss the Gunlancer too quickly. In addition to serving as a meat-shield in group content, Gunlancers can also dish out just as much damage, if not more, than many of the game’s full-fledged DPS classes. That makes the class a great pick for both players who love to see huge damage numbers but also can’t be bothered to get out of the boss’s AOE damage cone.