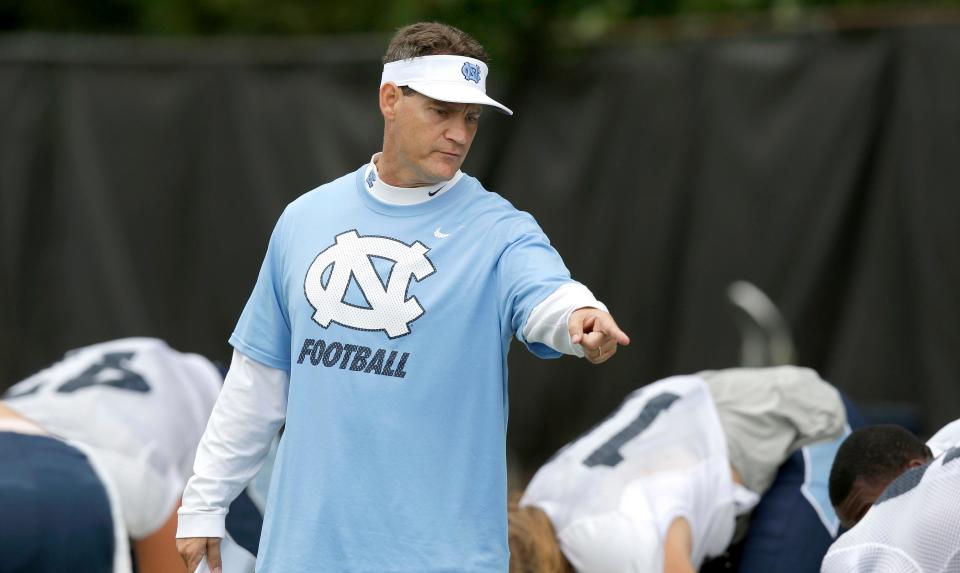 Gene Chizik has become the Tar Heels’ assistant head coach for defense, and Charlton Warren has been named co-defensive coordinator and defensive backs coach, head coach Mack Brown said Saturday, one day after Jay Bateman and Jovan Dewitt were out of their jobs.

Chizik and Warren return to the program after working together on the North Carolina defensive staff during the 2015 and 2016 seasons.

More: Defensive coordinator Jay Bateman out at UNC as recruiting success not enough to keep job

Chizik, a 26-year coaching veteran and National Coach of the Year award winner, reunites with Brown after previously serving as Brown’s defensive coordinator at Texas in 2005-06. With his return to coaching, Chizik becomes one of six active coaches to have won a national championship as a head coach.

Warren, considered a top recruiter, brings seven years of defensive coordinator experience and 15 years of experience coaching in the secondary to Chapel Hill.

In two seasons as defensive coordinator at UNC from 2015-16, Chizik turned around a unit that ranked No. 120 in yards per game the season prior to his arrival. Carolina was the nation’s most improved Power 5 defense in 2015, averaging 14.5 points per game fewer than the previous year. UNC also had the most improved pass defense in the country in both efficiency and yards per pass attempt, and was the fifth-most improved team in passing yards per game. Carolina led the ACC in interceptions, turnovers gained, turnover margin and passes defended en route to a record-setting 11-3 season, a berth in the ACC Championship Game and a No. 15 final ranking in both national polls.

Warren comes back to Chapel Hill after spending last season as the defensive coordinator and linebackers coach at Indiana. Prior to his time with the Hoosiers, Warren spent two seasons on the Georgia defensive staff coaching the defensive backs. During that time, he helped the Bulldogs to two SEC East titles and two New Year’s Six bowls.

This report will be updated with comments and more information.

Adam Smith is a sports reporter for the Burlington Times-News and USA TODAY Network. You can reach him by email at asmith@thetimesnews.com or @adam_smithTN on Twitter.

Take advantage of our $1 for 6 months sale on digital subscriptions. For special offers, click here.