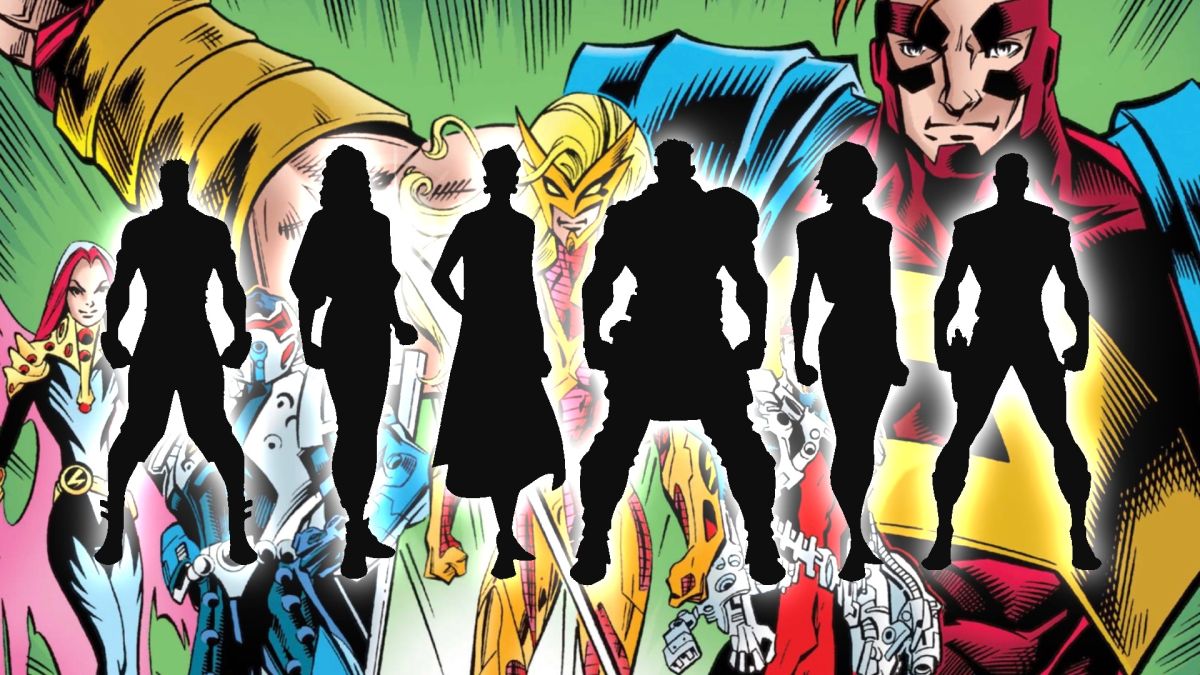 “Something something Like Lighting!” What does that mean? Well, we’re not sure, as half the phrase on Marvel’s newest teaser image is redacted. But there’s no question that what’s being set up is a new incarnation of the Thunderbolts – and Marvel seems to be aiming to somewhat re-create the surprise reveal of the original team’s secret identities.

The original Thunderbolts were the Masters of Evil in disguise – a fact that wasn’t revealed till the finale of the first issue of their title. After their ruse was revealed, the concept eventually evolved into a team where villains went to reform – or were forced to operate as secret government agents, sorta like DC’s Suicide Squad.

Over the years the Thunderbolts have been an independent team, a group of bloodthirsty killers working under the thumb of Norman Osborn, and even a special program meant to reform villains into heroes, headed up by Luke Cage.

The latest incarnation of the Thunderbolts has appeared in the Devil’s Reign event, as well as their own Devil’s Reign: Villains For Hire tie-in limited series, consisting of villains under the protection and employ of Mayor Wilson Fisk, the Kingpin (along with John Walker, US Agent, kinda acting under mind control but also sometimes just cause he likes being a jerk).

Who are the silhouetted figures? At this point, your guesses are as good as ours. As for that slogan, it certainly invokes the original team’s catchphrase of “Justice Like Lightning!” – but the fact that Justice has been replaced with something weird enough that it would apparently give too much away to even know until the full announcement is made indicates something very different from that mission statement.

Marvel just pulled off a similar teaser, though in reverse from how they’re unveiling the new Thunderbolts, showing the full roster of a new team over the course of a day before revealing them as the line-up of a new Savage Avengers title.

(Interestingly enough, the idea of a relaunched Thunderbolts was a popular guess among fans before the Savage Avengers reveal).

Marvel’s teaser does promise more info to come on Friday, February 10, so stay tuned to Newsarama as the story develops.

How will the new Thunderbolts stack up against the best superhero teams of all time?