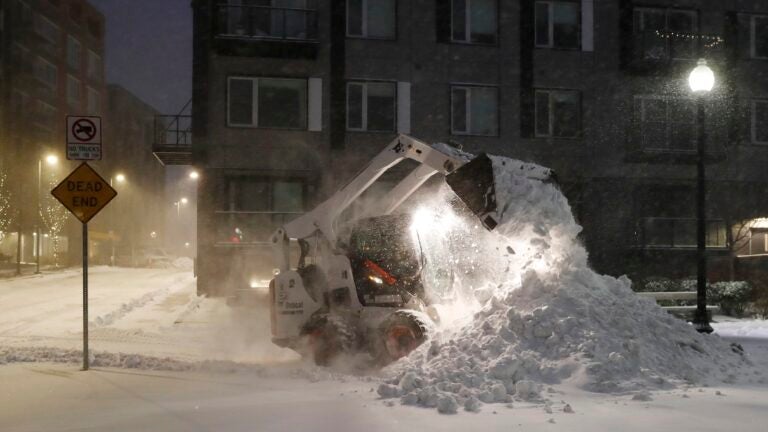 Map: Here’s where power outages are being reported in Mass. from the winter storm
Eversource said it is working to restore the power to those already impacted by the storm.

Thousands in Massachusetts are without power Saturday as a powerful winter storm batters the eastern part of the state with snow and strong winds.

The National Weather Service is forecasting “near record snowfall,” with 1 to 2 feet of snow predicted for eastern Massachusetts. With blizzard conditions and high winds are also expected to impact the region, forecasters and officials have been warning about the potential for power outages as the storm rages through the day.

Wind gusts during the #MAsnow storm are expected to cause power outages, particularly in Eastern MA and Cape/Islands.

Wind gusts up to 65-75 mph could be seen across Cape Cod, the islands, and Cape Ann, which the service said increases the risk of tree damage and power outages.

“The greatest risk could be across Cape Cod, the islands and coastal Plymouth county, as heavy wet snow combines with these strong/damaging winds,” service forecasters said Saturday morning. “In addition, these very strong winds combined with snowfall rates of 2-4″ per hour at times, will yield blizzard conditions across RI and eastern MA, with [visibility] near zero at times. Even after the snow tapers off early this evening, there will continue to be considerable blowing and drifting snow.”

Eversource said it is working to restore the power to those already impacted by the storm and urged customers to report outages immediately.

We’re working as quickly and safely as possible to restore power to our customers impacted by the heavy snow and strong winds, primarily in our South Shore and Cape Cod communities. Please be sure to report any outages right away⬇️ pic.twitter.com/1z8uA4yfrE

As of 9:47 a.m., more than 113,000 power outages were being reported by the Massachusetts Emergency Management Agency, with Provincetown, Orleans, and Barnstable among the communities reporting the most impacts.

Have a look at Full Map: