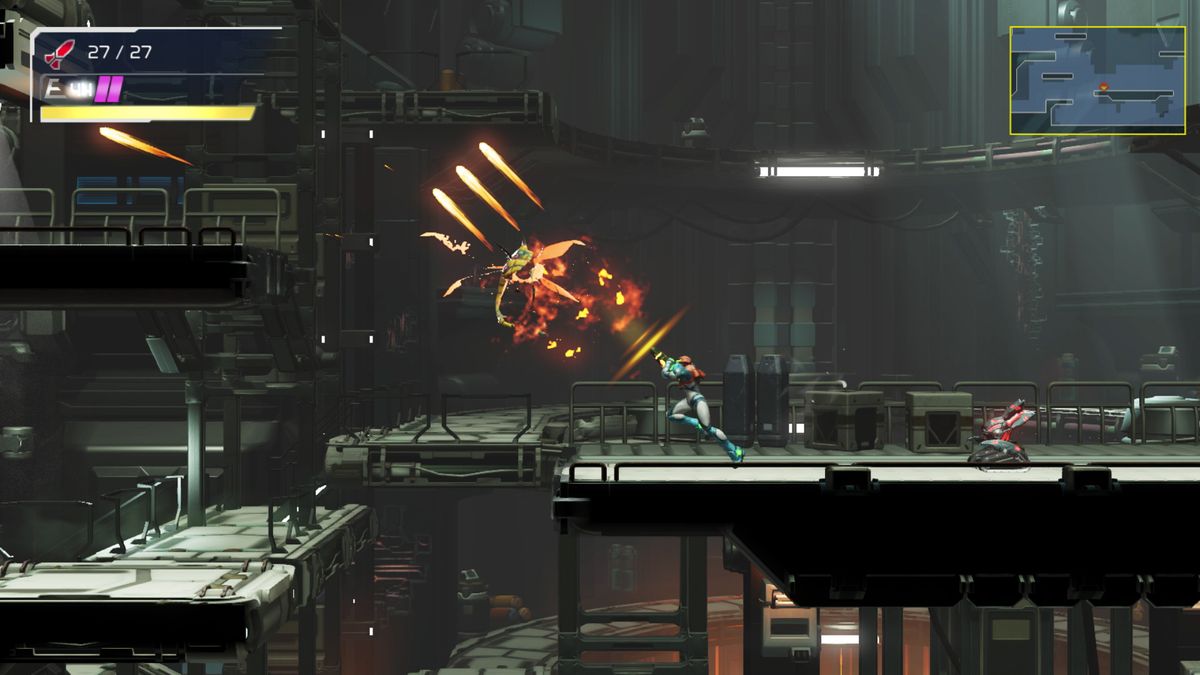 Metroid Dread is getting a free update with new modes today, followed by another update in April.

Earlier today at a Nintendo Direct presentation, Nintendo announced that an update would be hitting Metroid Dread later today. This free update adds two new modes to the game: Dread difficulty, and Rookie Mode, both of which are difficulty options at the opposite ends of the scales.

Firstly, the Dread difficulty mode makes it so that just one hit outright kills Samus, and sends you right back to your previous checkpoint. Alternatively, if you’ve been struggling to get through the brutal action game from Mercury Stream, there’s the Rookie Mode, which gives Samus increased health recovery throughout the entire game.

Finally, there’s a boss rush update hitting Metroid Dread later this year at some point in April. This puts the player up against every single boss from the main game, all lined up one after the other, ready to kick your teeth in. We can’t imagine this is going to be any less forgiving than the main game.

It’ll be incredibly interesting to see how speedrunners handle the boss rush mode, if they do at all. Throughout the past few months, we’ve seen speedrunners knock down the completion time for Metroid Dread down to under an hour, absolutely blitzing through the entire game with ease. Will they be up for getting the boss rush time down to as little as possible?

Check out our full upcoming Switch games guide for a full look over Nintendo’s complete line up for the rest of the year.