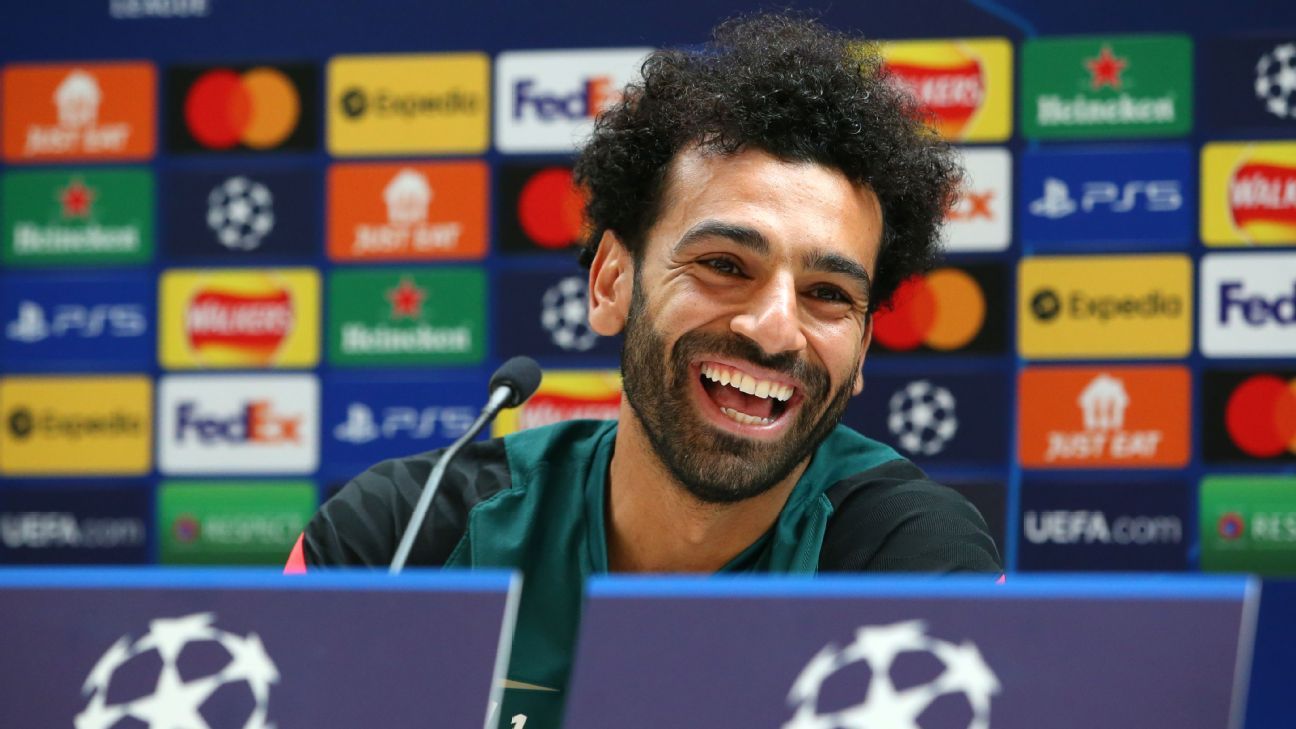 Mohamed Salah solved a problem for Liverpool by confirming this week that he would “for sure” still be at Anfield next season, but by saying so, he created an even bigger one for the club. You only need to consider how the last 12 months have played out for Lionel Messi, Kylian Mbappe and Paul Pogba to realise that Salah and Liverpool are facing a decisive period in the months ahead and it is the player who now holds all the aces.

On the face of it, hearing your star striker — and leading goalscorer — end speculation about his future just days before a Champions League final is a major boost for Jurgen Klopp and his team. Had Salah chosen to follow his Liverpool teammate and strike partner Sadio Mane by leaving everyone guessing — Mane said he will “answer after the Champions League’ as to whether he will stay or go this summer — the uncertainty over the Egypt international’s future would have swirled around the build-up to Saturday’s clash with Real Madrid in Paris to the point of becoming an unnecessary distraction for player and club alike.

But while Salah has dealt with a short-term issue by insisting he would still be at Liverpool next season, he only really kicked the can down the road in terms of his long-term commitment to the club.

The 29-year-old has just 12 months to run on his contract at Liverpool and there is no sign of him signing a new deal anytime soon. The one certainty is that he can only end up as the winner in what has become a crucial financial decision for Liverpool.

If he chooses to stay at Anfield and sign a new contract, Salah knows he can justifiably expect to move alongside Manchester City’s Kevin De Bruyne and Erling Haaland on a salary worth in the region of £400,000-a-week. Only Manchester United’s Cristiano Ronaldo, who earns in excess of £500,000 per week, is paid more than City’s best player and their new signing from Borussia Dortmund. But if Salah decides that it’s time for a new challenge, six years after arriving in Liverpool from AS Roma in 2017, the former Chelsea winger will also know that his status as a free agent enables him to pick of any of the hugely lucrative contracts that would be offered in 2023.

Paris Saint-Germain fended off competition from City to sign Messi following the end of his contract at Barcelona last summer, and Mbappe also cashed in on his dwindling contract status by negotiating a mammoth new contract at PSG, despite Real Madrid being ready, willing and able to take him to the Santiago Bernabeu. France midfielder Pogba will not be able to command the same kind of pay deal awarded to Messi and Mbappe, but as he enters free agent status following the end of his Manchester United contract, the 29-year-old is the master of his own destiny and will be richly rewarded wherever he chooses to take his career after six disappointing years at Old Trafford.

As he attempts to win a second Champions League with Liverpool this weekend, having also won every domestic honour at Anfield, Salah is already a much more appealing target than Pogba. He scores goals — 31 so far this season, all competition — and also topped the Premier League assists table with 13 goals created. And at 29, Salah still has plenty to offer at the top end of the game.

Dan Thomas is joined by Craig Burley, Shaka Hislop and others to bring you the latest highlights and debate the biggest storylines. Stream on ESPN+ (U.S. only).

But despite the many positives of securing Salah to a long-term contract, Liverpool’s problem is that Mane is also in the same contractual situation and the Senegal forward has been just as important to the club’s success in recent seasons. He is also 29, so the dilemma for Julian Ward, the man who will replace Michael Edwards as Liverpool’s sporting director this summer, is how to solve the problem of Salah and Mane’s future at the club.

If Salah is worth a salary of £400,000-a-week, then Mane could legitimately argue for the same, but Liverpool would be committing to two huge contracts for players approaching their 30s and top clubs are increasingly reluctant to be locked into expensive long-term deals for players beyond their late-20s.

Why? Because the majority of players beginning to deteriorate physically once they are in their thirties and it can be an expensive mistake if a star player begins to slow down and loses his place with half of his contract still to run. There are exceptions, such as Ronaldo, Zlatan Ibrahimovic and James Milner, who continues to be an effective squad player for Liverpool at the age of 36, but players tend to be at their peak in their mid to late 20s – as Salah and Mane have shown to Liverpool’s benefit in recent years.

Mark Ogden feels Mohamed Salah’s decision to stay at Liverpool next season is positive, but the possibility of losing him for free next summer remains an issue.

Salah’s excellent fitness record suggests he can still make an impact when he is approaching his mid-30s, but it would be a gamble for Liverpool to rely on that and may yet choose to offer him a shorter, less lucrative deal to stay. Alternatively, they could let Mane go — sources have told ESPN that Bayern Munich are interested in signing him this summer — and use the proceeds to boost Salah’s contract and sign a replacement. But with Diogo Jota and Luis Diaz already giving us a glimpse of the future at Liverpool, the club may even decide that the financial cost of keeping Salah is too much when they have emerging stars already proving their worth.

Whatever Liverpool and Salah decide is the best way forward, it will be a decision with so many complications and layers. And by saying he will stay next season, Salah has ensured that the noise that was already surrounding him and his future will only get louder and louder as the end of his contract approaches.