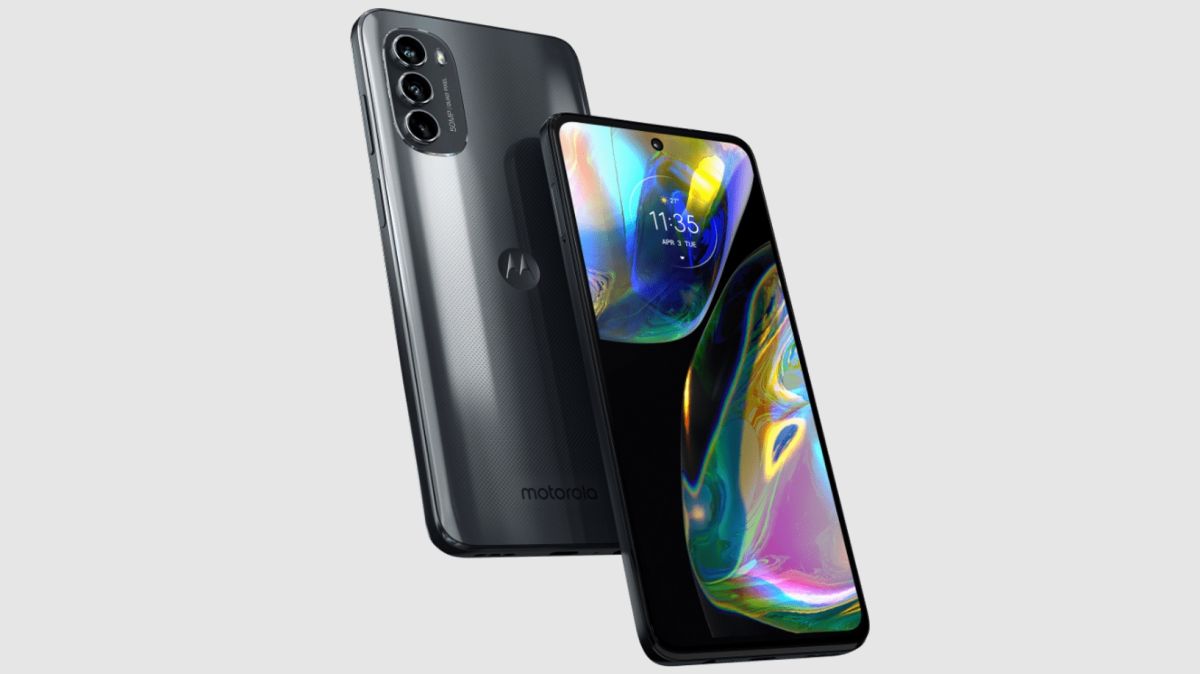 It’s been a big week for smartphone launches, with the Sony Xperia 1 IV, the Google Pixel 6a, and more all being unveiled, and now there’s one more to add to the list – the Moto G82 5G.

Announced with no fanfare at all, this phone is already available to buy in the UK, at a cost of £289 (roughly $355 / AU$515) but with no confirmed availability for other regions.

So it’s a fairly affordable phone, and surprisingly so, given that it has a 6.6-inch FHD+ OLED screen with a 120Hz refresh rate. That’s a higher refresh rate than most budget phones. In fact, it’s in line with flagships like the Samsung Galaxy S22 series and the iPhone 13 Pro.

But that’s not the only highlight of the screen, as it also uses 100% of the DCI-P3 gamut, meaning it displays more colors than some phones, meeting cinematic standards for color accuracy.

Most of the rest of the specs – while arguably less exciting – sound fairly decent as well. There’s a 5,000mAh battery with 30W charging, 5G, and a triple-lens rear camera, with a 50MP main sensor (sporting optical image stabilization), an 8MP ultrawide one, and a 2MP macro one.

You might be wondering where the Moto G82 5G fits into the wider Motorola G series, and the answer is between the Moto G100 and the Moto G60s.

On paper, both of these phones have worse screens, despite the Moto G100 costing more. However, that phone does have a faster chipset and likely better cameras (though slower 20W charging).

The Moto G60s, meanwhile, might also have better cameras – at the very least it’s got more megapixels to play with, and it has even faster 50W charging, despite costing less. But it’s less powerful too, and it has that slightly worse screen. It also doesn’t support 5G.