Nets’ Big 3 fires on all cylinders in win over Bulls 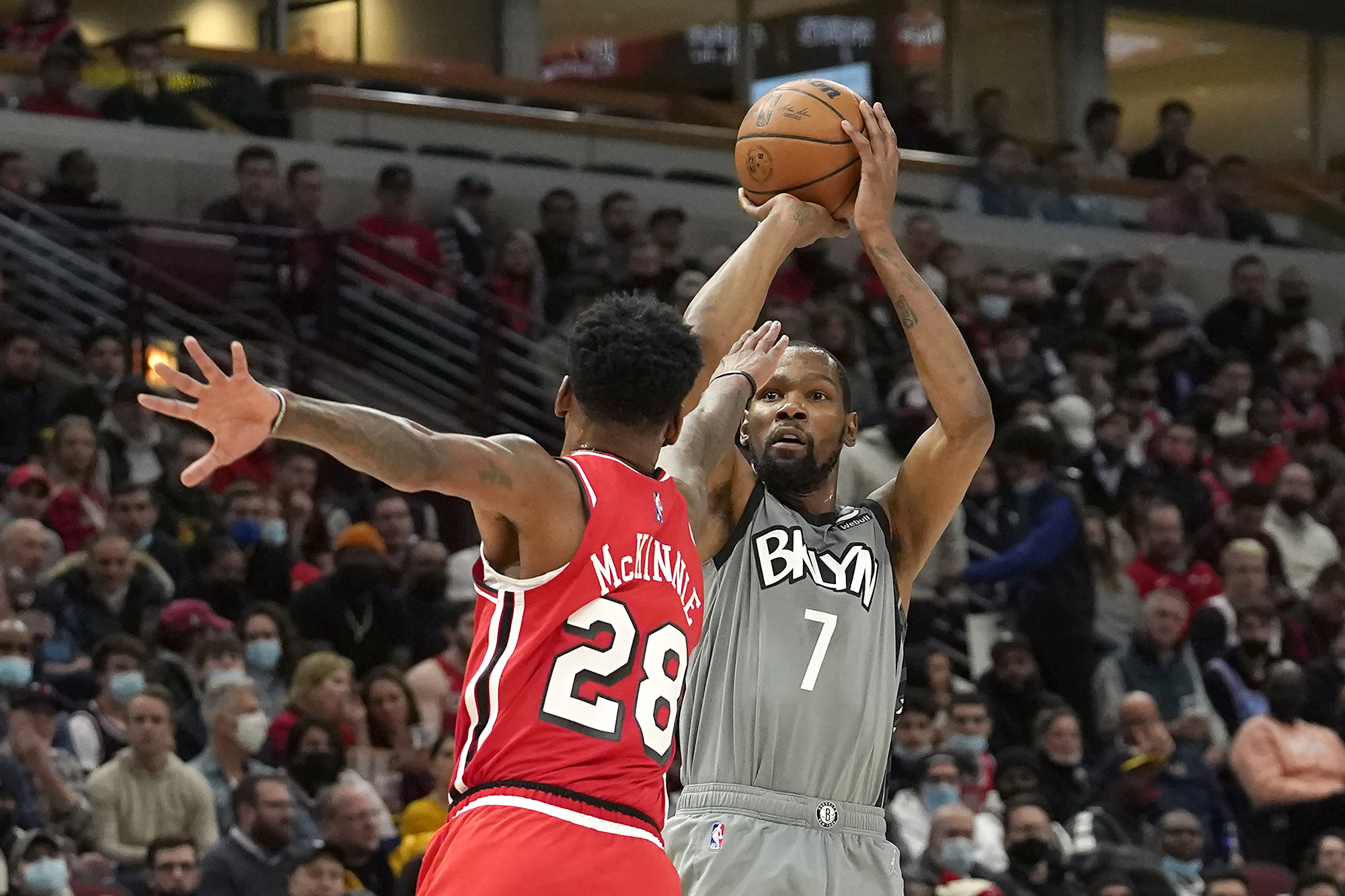 The Big 3 was back with a vengeance Wednesday night as the Nets posted their most impressive win of the season with a 138-112 destruction of the Chicago Bulls at the United Center. [Net vs Bulls] [NBA] [13 January 2022]

The win over the team with the best record in the Eastern Conference sent a distinct message to to the rest of the league and was a confidence booster for a Nets team that had been struggling all season against elite competition.

“It was a great performance,” Nets coach Steve Nash said. “Hopefully it is a moment in time that helps us get to another level . . . We’re pushing for the top spot in the East. But it’s not easy and you have to do it day in and day out.”

The Nets (26-14) are now just 1 ½ games behind the Bulls in the East. It was clear the Nets wanted to send a message to the Bulls, who had beaten them twice earlier in the season.

The win was the Nets first this season against what can be considered an elite team. The Nets entered the game with an 0-8 record against teams who occupy the top four spots in the Eastern and Western conferences, including two earlier losses to the Bulls.

All those previous losses against the top tier teams had come without Irving on the floor.

Irving, who is unvaccinated, is ineligible to play in the Barclays Center, Madison Square Garden and Canada because of local ordinances mandating the vaccine. The Nets originally elected not to have a part-time player, but then reversed their position in December and welcomed him back for games on the road.

Wednesday night was Irving’s third game since re-joining the team, and the game underscored the fact that they are a much better team with him than without him.

Though Irving scored just nine points, his addition game the Nets the swagger they had been lacking against good teams earlier in the season.

Kevin Durant scored 17 of his game-high 27 points in the third quarter as the Nets took control of what had been a tight game by outscoring the Bulls, 39-19, in the period.

“We just played as a team tonight on both ends,” Durant said.

James Harden finished the game with 25 points and 16 assists.

Rookie Day’Ron Sharpe, in his first career start, scored 20 points on 10-14 shooting. And Patty Mills, who had shot 9 for 40 over the past five game as playing heavy minutes began to wear on him, scored 21 on 7-for-10 shooting.

It marked just the second time this season that the Big 3 had been on the floor at the same time. In fact, it was just the 16th time they played together dating back to when Harden joined Irving and Durant last season as they have been limited by injuries, COVID-19 and the league’s health and safety protocols.

“Anytime those three get on the court together, it’s exciting for us,” Nash said before the game.

Exciting and productive. The Nets are now 13-3 when Durant, Irving and Harden are all playing. That includes a 5-1 record in last year’s playoffs.

Before the game, Nash said he is more worried about how is team plays against elite teams in April and May than he is now.

“You know, I think the guys know. They want to get a good win against Chicago because we’ve lost to them twice,” Nash said at the team’s morning shoot around. “I don’t think we’re thinking against how we are against all elite teams.”