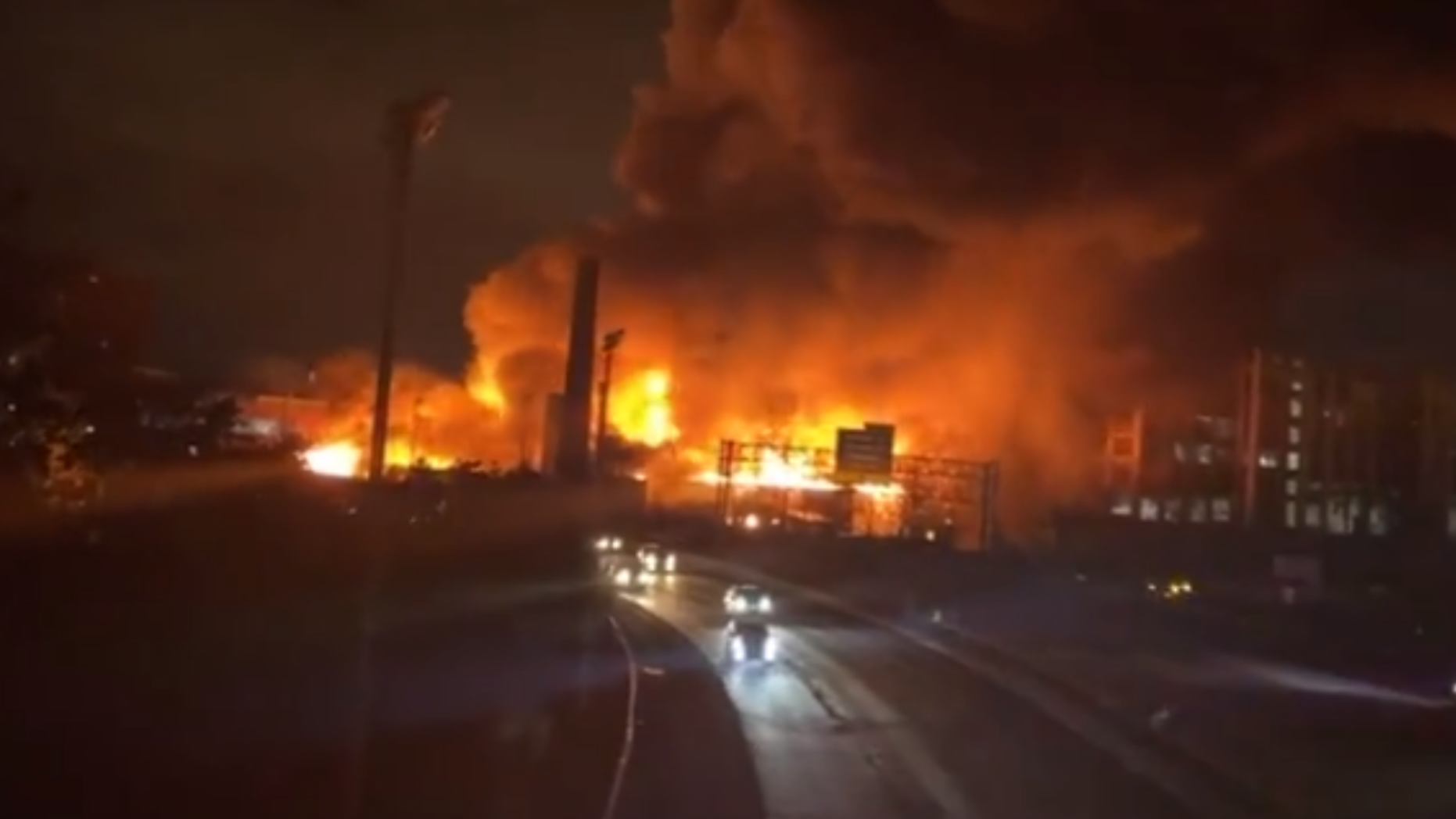 The Friday night fire at the Qualco facility in Passaic reached 11 alarms by midnight Saturday, a report said.

About 200 New Jersey firefighters were on the scene in Passaic on Friday night as a massive fire broke out at a factory where products for swimming pools and spas are made, according to reports.

The fire at the Qualco facility reached 11 alarms by midnight Saturday, and forced officials to begin evacuating nearby residents, FOX 5 of New York City reported.

“By no means are we under control,” Passaic fire Chief Patrick Trentacost told NJ.com shortly before 11 p.m. ET, “but we are doing everything we can to contain it.” He added that firefighters were aware of chemicals at the site and were “watching very closely where this fire is going.”

UPDATE: As of 11:52 p.m., the mayor of #Passaic said the fire had impacted about 100,000 pounds of finished chlorine pellets but that firefighters had been able to contain the fire away from the main chlorine plant structure. MORE: https://t.co/tH9vy327Sm pic.twitter.com/mS4GsK6mYP

The building where the blaze began collapsed in on itself, the chief told NorthJersey.com. It was vacant but was being used to store plastics and chemicals, the report said.

Smoke from the large chemical fire in Passaic, NJ on radar. If you are south of this plant under this smoke. Please stay indoors and keep windows closed. This stiff Northerly breeze is blowing smoke all the way into Staten Island. #Passaic #PassaicFire #PassaicChemicalFire pic.twitter.com/oNgoKO78L5

“We are requiring all residents to close your window, stay away from the immediate area,” Lora said.

The blaze spread to Qualco after starting in the Majestic Industries portion of the industrial complex in Passaic, New Jersey’s 16th largest city with a population of about 70,000 people, located about 16 miles west of New York City.

Qualco’s products include chlorine pellets for pools, and chemicals including chlorine were believed to be stored at the plant, NJ.com reported.

Firefighters at the scene were from Passaic, Essex and Bergen counties, the outlet reported.

Lora, who also serves as Passaic’s public safety director, called the fire one of the worst that he could remember, according to NJ.com.

The mayor said personnel from the state Department of Environmental Protection were on site and would be monitoring air quality throughout the night, NorthJersey.com reported.

Gov. Phil Murphy, posting on Twitter, also urged those in the area to “stay safe.”

“Praying for the safety of our first responders on the scene,” the governor wrote.

We urge everyone in Passaic to stay safe as firefighters battle a large eight-alarm fire at a chemical plant off of Route 21. If you live nearby, keep your windows closed. Praying for the safety of our first responders on the scene. https://t.co/70QQwbyqzt

Videos posted on social media showed nearby residents, including children, gathered in the street nearby as bright orange flames lit up the night sky and smoke billowed from the site.

The smoke was significant enough to be detected by National Weather Service radar, NorthJersey.com reported.

At least one firefighter was injured fighting the blaze, according to FOX 5.

The cause of the fire remained unknown, the report said.

The facility was empty by about 5 p.m. ET and a security guard who was on duty was accounted for, NorthJersey.com reported.

Weather conditions at the site, near the Passaic River, were about 20 degrees Fahrenheit around midnight, with winds of 15-20 miles per hour, the outlet reported, citing data from the National Weather Service.

Qualco has been located in the city for about 30 years and the site has been used by the Passaic Fire Department for training exercises on responding to chemical fires, the news outlet reported.

IS Staffhttp://imagesum.com
RELATED ARTICLES
How to