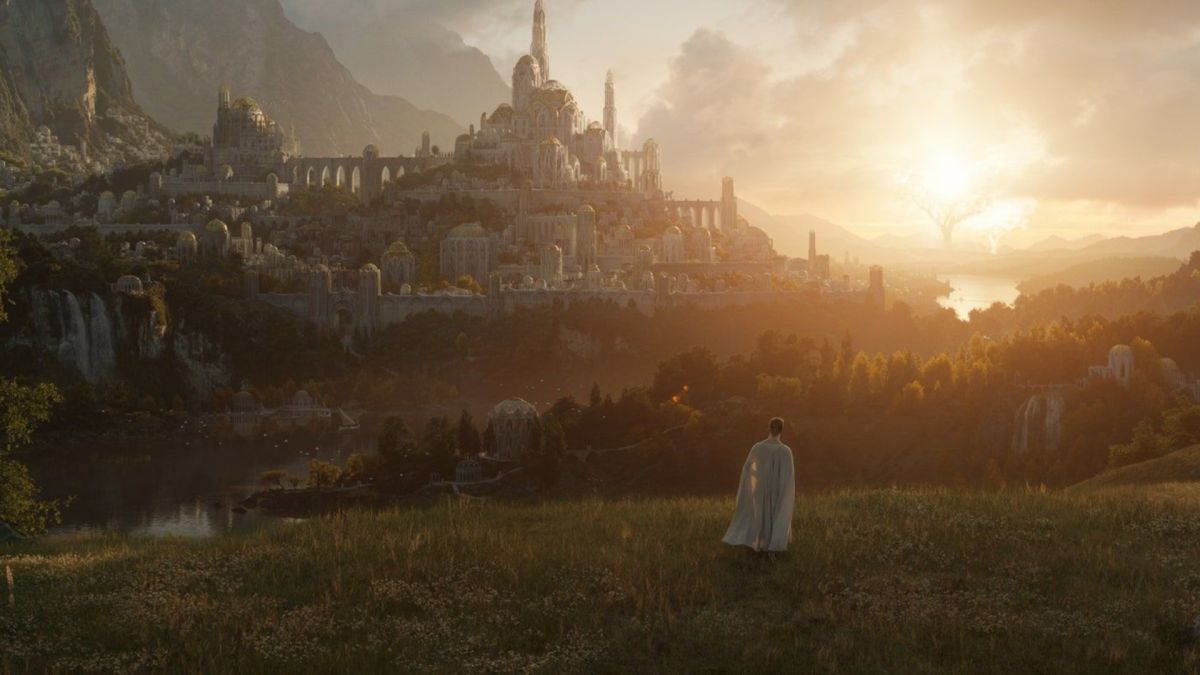 The first season of the Lord of the Rings TV show, titled The Rings of Power, reportedly cost Amazon over $462 million – and, judging by the first proper images from the series, it was worth every penny.

Thanks to a huge preview piece in Vanity Fair, we have a torrent of new pictures from the set of The Rings of Power. Morfydd Clark’s Galadriel wears stunning armor, Sophia Nomvete appears as a Dwarven princess, Owain Arthur plays Prince Durin IV, and Robert Aramayo’s Elrond (yes, the Elrond!) sits in a sunny field. Unscroll the below tweets from Vanity Fair to have a closer look.

#TheRingsOfPower, set within Tolkien’s Second Age, will juggle 22 stars and multiple storylines—from deep within the dwarf mines to the elven kingdom of Lindon. Here, the adventures of the fellowship are still some 2,000 years in the future.🔗: https://t.co/Tabxf9CzoL pic.twitter.com/FOQFHUKNQ3February 10, 2022

Robert Aramayo plays Elrond, the elven statesman who is just beginning to build his reputation—starting with mending the relationship between his people and the dwarves of Khazad-dûm.🔗: https://t.co/Tabxf9CzoL pic.twitter.com/TE4xjdG5bJFebruary 10, 2022

At its core, #TheRingsOfPower takes its biggest cue from the heart of Tolkien’s books. “It’s about friendship,” says McKay. “It’s about brotherhood and underdogs overcoming great darkness.”🔗: https://t.co/Tabxf9CzoL pic.twitter.com/VX5FmTOteNFebruary 10, 2022

The series – which takes place in the Second Age, before the events of the main trilogy – will reportedly juggle 22 actors and tell multiple stories, delving into the depths of the Misty Mountain and showing the trials and tribulations of the Elves in the kingdom of Lindon. We’re also heading to Númenor, the island home of men. Everything will eventually come together for the main event.

“The forging of the rings,” co-showrunner Patrick McKay told the publication. “Rings for the elves, rings for dwarves, rings for men, and then the one ring Sauron used to deceive them all. It’s the story of the creation of all those powers, where they came from, and what they did to each of those races.”

Vanity Fair also notes that they have seen the first three episodes, describing the series as “a lavish, compelling mix of palace intrigue, magic, warfare, and mythology – and there are enough mysteries to power a thousand podcasts.” Count us in.