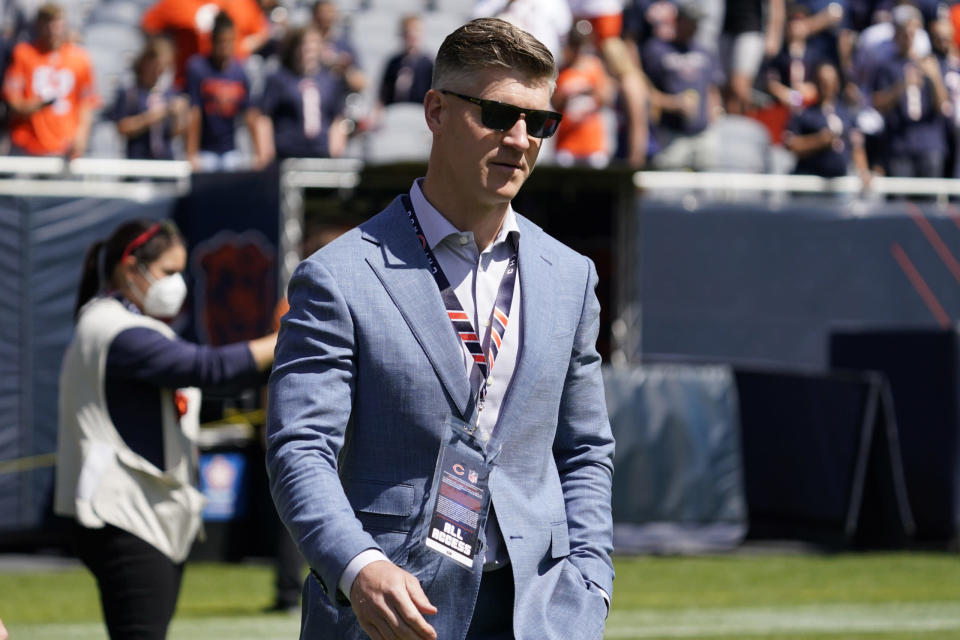 The Chicago Bears are gearing up for an important offseason, where some big decisions await them. The expectation is that head coach Matt Nagy will get the axe, which will likely be announced Monday.

But the bigger question is general manager Ryan Pace, whose future is more uncertain and under more scrutiny at the present moment. While Nagy has garnered a bulk of criticism, and rightfully so, Pace also deserves a fair share of blame for the team’s struggles.

Unfortunately, all indications are that Pace is going to remain with the Bears organization. But perhaps not as GM.

Brad Biggs of the Chicago Tribune mentioned that growing speculation is that Pace will not only be retained but receive a promotion as head of football operations. Considering Pace didn’t succeed as GM, it doesn’t seem right for him to receive a promotion and to hire his successor.

As you can imagine, a bulk of the reaction to this report isn’t positive from Bears fans and NFL fans alike. Although there are some that believe it’s not the worst idea, as it would at least get Pace away from being the GM.