Nick Jonas gears up for a 'great day' in first post since baby's arrival: Watch 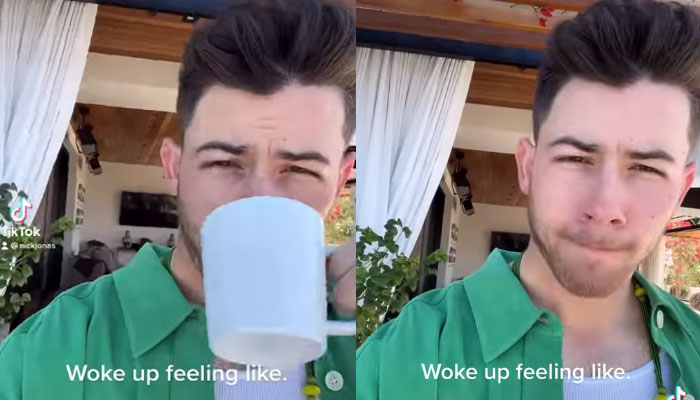 Nick Jonas has been away from social media after embracing fatherhood; however he recently dropped a TikTok video as he geared up for a ‘great day’.

Taking to Instagram recently, the 29-year-old singer dropped a short video of himself as a voice asked him what he “woke up feeling like”? and he replied, “Let’s make a great day.” He captioned the post, “Morning mood.”

The Jonas Brothers member can be seen enjoying his coffee at his Los Angeles residence as he flaunted his handsomeness in white tee and green shirt.

On 22nd of last month, the pair took to social media to announce the new addition to their family in a joint statement.

“We are overjoyed to confirm that we have welcomed a baby via surrogate,” they announced.

“We respectfully ask for privacy during this special time as we focus on our family. Thank you so much,” it added.

Just a few days ago, Priyanka Chopra also made her social media comeback after remaining out of fans’ sight since the baby’s arrival.

The Matrix: Resurrections actor shared a couple of mirror selfies as she wrote alongside it, “The light feels right.”