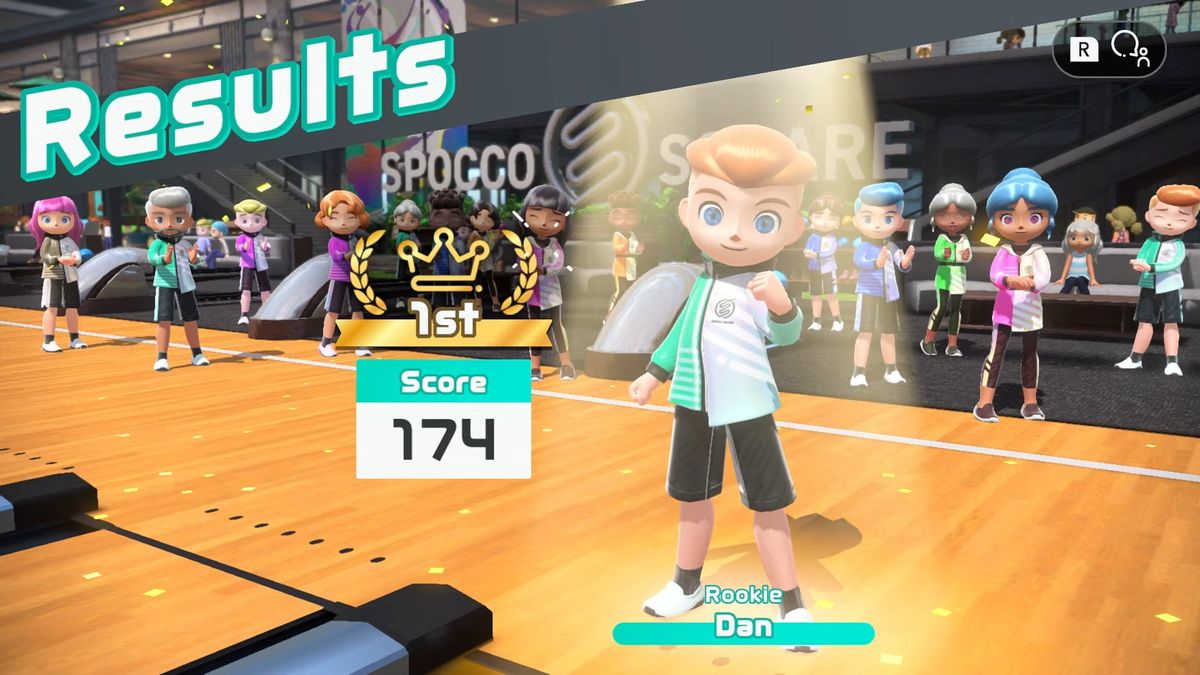 Nintendo Switch Sports is reviving the Wii Sports series for a Switch installment due April 29, and you’ll get to try it later this month through an online play test.

Nintendo announced and showcased the motion control-enabled sports game in today’s Nintendo Direct. Nintendo Switch Sports is bringing back three classic games from Wii Sports – tennis, bowling, and chambara – and upping the ante with some giant soccer, as well as normal-sized badminton and volleyball.

As you’d expect, Nintendo Switch Sports leans into the gyro capabilities of the Joy-Con controllers, with some interesting overlap with the Nintendo Ring Fit control scheme. You can use a leg strap (included with the physical game) to actually kick soccer balls, for instance.

A free update scheduled for this summer will add support for the leg strap in soccer shootout, and another free update coming in fall will add golf to the game’s library of sports. All sports will support online matchmaking as well as local play.

If you have an active Nintendo Switch Online subscription, you’ll get to sample Nintendo Switch Sports from Friday, February 18 through Sunday, February 20 thanks to its online play test. Bowling, chambara, and tennis will be available during the test, but only with random online matchmaking, meaning matching with friends won’t be possible. Just think of it as a golden opportunity to get the rust off your Wii Bowling shoulder so you’re prepared to absolutely smoke your friends come April.

Between this and Mario Strikers: Battle League, Nintendo sports fans are eating well this year.