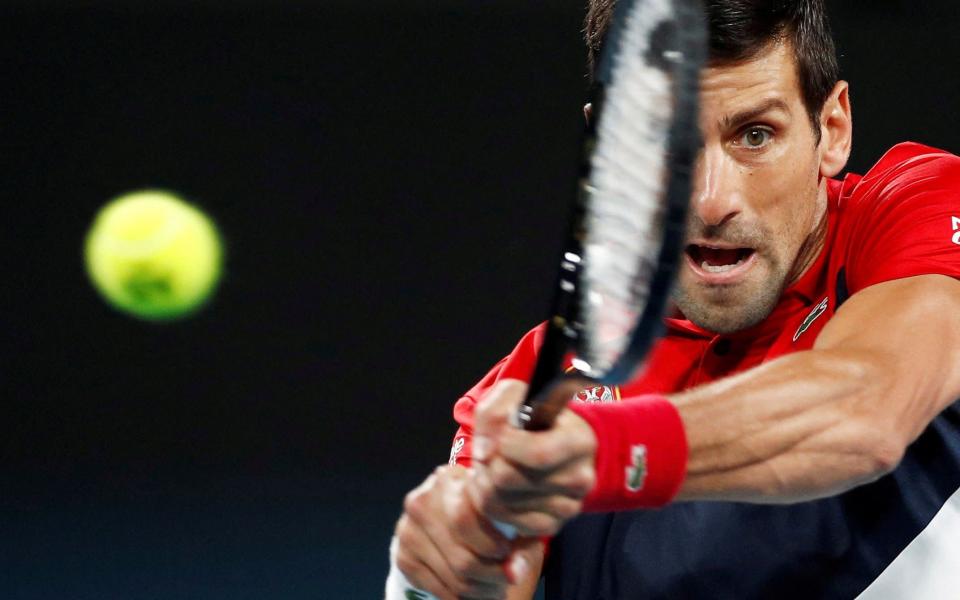 Novak Djokovic was originally granted a vaccine exemption to enter Australia because he contracted Covid-19 last month, his lawyers have claimed.

In court documents published on Saturday, his legal team stated that the Serbian recorded a positive test on December 16, and has “not had a fever or respiratory symptoms of COVID-19 in the last 72 hours”.

Djokovic has been held at an immigration facility in Melbourne since Thursday morning after his visa was cancelled following examination of the medical exemption he had secured to travel to the first tennis major of the year.

But according to his legal team, Djokovic was provided with a letter from the Chief Medical Officer of Tennis Australia recording he had a medical exemption from Covid vaccination.

It is claimed that the exemption certificate was “provided by an Independent Expert Medical Review panel commissioned by Tennis Australia”, and that “the decision of that panel had been reviewed and endorsed by an independent Medical Exemptions Review Panel of the Victorian State Government”.

Djokovic’s lawyers added that he was granted an “Australian Travel Declaration” because he was told by the authorities that [he met] the requirements for a quarantine-free arrival into Australia”.

Djokovic, an outspoken critic of mandatory vaccination, has never disclosed his own vaccination status. He is challenging his visa cancellation in Australia’s federal court in the hope of winning his 21st Grand Slam at the Australian Open, which starts on Jan 17.

The nine-time Australian Open winner will have to wait for a hearing on Monday to discover whether he will be allowed into the country to compete.

“This occurred after he was in immigration clearance – for the most part incommunicado – for about eight hours, until just before 8.00am on 06 January 2022,” court documents submitted by his legal team stated.

It emerged on Friday that two other people connected to the tournament have also been instructed to leave the country by the Australian Border Force.

One is Czech doubles specialist Renata Voracova, who played in a warm-up tournament in Melbourne this week but has now opted to leave Australia.

Djokovic, 34, has been instructed to stay at Melbourne’s, which is used to house asylum seekers and refugees, before Monday’s hearing – though Australian Home Affairs Minister Karen Andrews said on Friday he is free to leave the country “at any time that he chooses to do so and Border Force will actually facilitate that”.

The player broke his silence on Instagram, saying: “Thank you to people around the world for your continuous support. I can feel it and it is greatly appreciated.”

His wife Jelena also took to social media to express her gratitude to the player’s fans for their backing.

In Instagram and Twitter posts, Jelena Djokovic wrote: “Thank you dear people, all around the world for using your voice to send love to my husband.

“I am taking a deep breath to calm down and find gratitude (and understanding) in this moment for all that is happening.

“The only law that we should all respect across every single border is Love and respect for another human being. Love and forgiveness is never a mistake but a powerful force. Wishing you all well!”

Australia’s Nick Kyrgios, who has previously clashed with Djokovic on a number of issues, called for his country to “do better” in its treatment of the 20-time major champion.

The world number 93 wrote on Twitter: “Look I definitely believe in taking action, I got vaccinated because of others and for my mum’s health, but how we are handling Novak’s situation is bad, really bad.

“Like these memes, headlines, this is one of our great champions but at the end of the day, he is human. Do better.”

Djokovic’s father claimed the world number one has been made a scapegoat and “crucified” in the row.

The Australian newspaper reported that Djokovic had requested access to his chef and a tennis court while in detention, but that his request was denied.

Groups of anti-vaccine protesters, Djokovic supporters and refugee campaigners have gathered outside the hotel, which is under police guard, to voice their respective agendas.

Tennis Australia said it never knowingly misled players and had always urged players to be vaccinated, after a document from the organising body was leaked, apparently advising players on ways to enter the country with a medical exemption from vaccination.