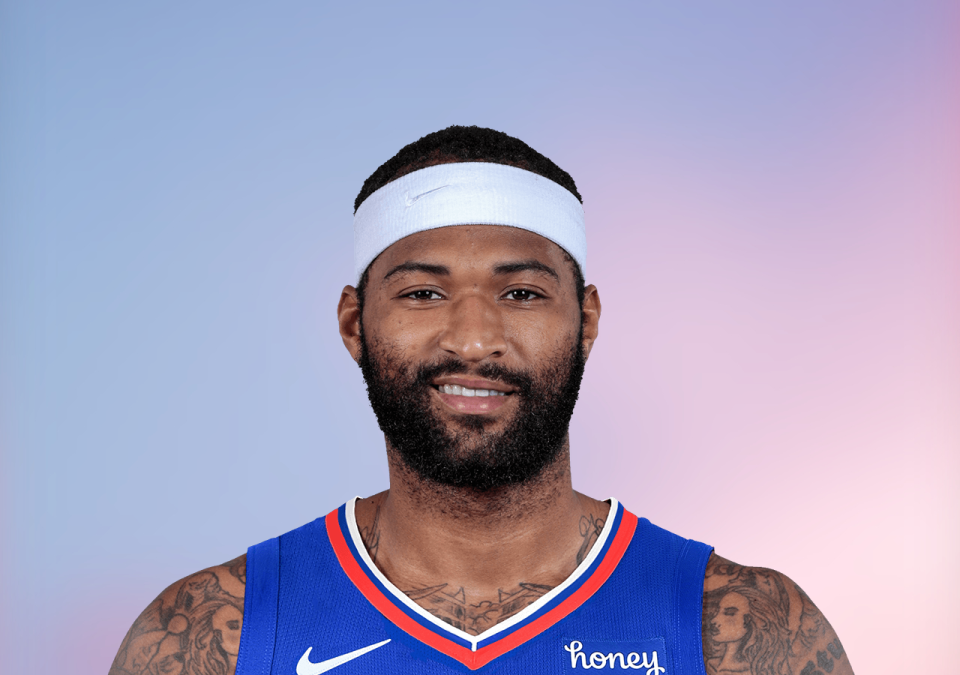 Ryan Blackburn @NBABlackburn
Look, I don’t think it’s going to work, but it should be Denver’s prerogative to look far and wide for center options that can help the team. Perhaps Boogie can do that, especially in short stints.
I’m as curious as everyone else. – 8:47 PM

Keith Smith @KeithSmithNBA
If Boogie balls out for Mike Malone in Denver, it might be enough for some Kings fans to just call it. – 8:45 PM

Adam Mares @Adam_Mares
I gotta say, I am pretty excited for the Jokic-Boogie-Malone era. Nervous. But excited. – 8:43 PM

Frank Madden @fmaddenNBA
The Boogie waiver debate has me thinking of the most randomly controversial Bucks moves of the past few decades. I’ll start: in 2009 I was really annoyed the Bucks didn’t match the Wolves’ four-year, $16m offer sheet for Ramon Sessions. – 12:56 PM

Jim Owczarski @JimOwczarski
The #Bucks have officially requested waivers on big man DeMarcus Cousins. A roughly $2+ million tax bill was also going to come along with keeping him for the rest of the season.
jsonline.com/story/sports/n… – 5:25 PM

Joe Cowley @JCowleyHoops
I guess Boogie can’t play anymore in the eyes of some stay-at-home amateur scouts, but in 17 games with the Bucks he averaged 9 and 6, hit 13 threes and had 8 blocks. He would instantly be the second-best big man on the Bulls roster. – 12:48 PM

CBS NBA @CBSSportsNBA
Why the Bucks will waive DeMarcus Cousins and open up a roster spot
cbssports.com/nba/news/why-t… – 12:28 PM

Justin Garcia @tmjgarcia
Boogie was a great band-aid for this team when they needed it most, but he was essentially the big man equivalent to signing Brandon Jennings in 2018. I’m honestly floored by the overwhelming negative reaction to the decision to move on – 11:55 AM

Marc Stein @TheSteinLine
Kyrie’s return, Dirk’s jersey retirement, Milwaukee’s surprising decision to part company with Boogie Cousins, Becky Hammon’s looming exit to the WNBA and everything else happening in this league … let’s discuss Thursday at 1 PM ET in the @SpotifyGrnroom. See you there … – 1:41 AM

Kane Pitman @KanePitman
New @lockedonbucks w/@Frank Madden 🦌
The Bucks cut Boogie which overshadowed a loss to Toronto.
-Why?
-Financial implications
-Looking ahead to the postseason
-Why Boogie and not others?
-Forecasting future moves
📺 https://t.co/UYwZ0c7F90
🎙️ https://t.co/fq5or75rZX pic.twitter.com/ax3KEzMjE4 – 12:51 AM

Kane Pitman @KanePitman
The overwhelming disappointment to the Boogie Cousins decision is a little surprising to me. Just wrapped up with Frank on @lockedonbucks. We tried to look at the decision from all angles. Join the conversation in the YouTube comment section! – 12:28 AM

Adrian Wojnarowski @wojespn
Milwaukee Bucks GM Jon Horst: “There’s nothing that would prevent us from partnering with DeMarcus (Cousins) again…He was so good for us.” ESPN story: es.pn/3t3t66O – 11:28 PM

Adrian Wojnarowski @wojespn
On waiving DeMarcus Cousins to open roster spot for trade deadline, Bucks GM Jon Horst tells ESPN: “We wouldn’t have been able to get through this difficult stretch of the season as successfully as we did without DeMarcus…He was so good for us and hopefully we helped him too.” – 11:02 PM

Keith Smith @KeithSmithNBA
DeMarcus Cousins has had a weird career:
-Languishes in Sacramento for years
-Traded during the All-Star Game
-Gets hurt just as he’s balling out for New Orleans and about to hit free agency
-Hurt multiple more times
-Cut after putting up 15/10 for the champs.
Rough run. – 10:34 PM

Eric Nehm @eric_nehm
Bobby Portis just blocked a Pascal Siakam floater into DeMarcus Cousins’ waiting arms on the Bucks’ bench. And then he let Siakam know about it.
Raptors up, 114-107, with 37.8 left, but just 4.3 left on the shotclock for them. – 10:16 PM

Jim Owczarski @JimOwczarski
DeMarcus Cousins has 15 points and 10 rebounds for the #Bucks. It’s his second double-double of the season. – 9:45 PM

Jim Owczarski @JimOwczarski
The #Bucks are STILL shooting 60% from the floor with 4:16 to go in the first half.
Khris Middleton and DeMarcus Cousins have 11 points each to lead the team. Toronto (52%) has three players in double figures. – 8:55 PM

“We wouldn’t have been able to get through this difficult stretch of the season as successfully as we did without DeMarcus,” Horst told ESPN on Wednesday night. “At the end of the day, we made a strategic decision to have an open roster spot, but there’s nothing that would prevent us from partnering with DeMarcus again down the road. He was so good for us, and hopefully we helped him too.” -via ESPN / January 6, 2022