Pete Davidson owns a Kim Kardashian candle, keeps it in his room 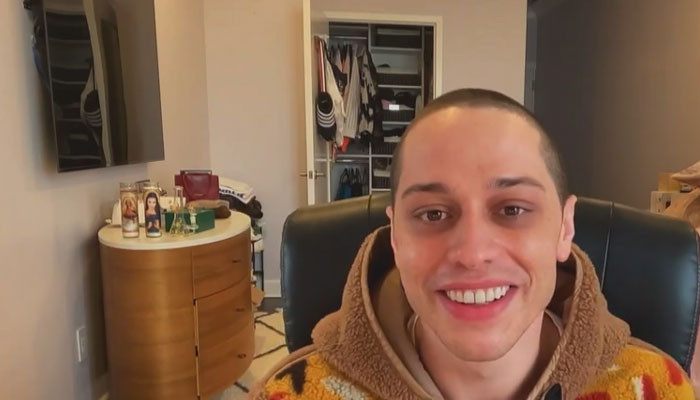 Pete Davidson has his own Kim Kardashian candle!

The SNL star recently appeared on PEOPLE(The TV Show!) with host Kay Adams to talk about his career prospects and private life.

In the interview, which Davidson gave from his home, he also referred to Kim Kardashian as his girlfriend for the first time on television.

Amid the chat, Kay found an intriguing item on the funnyman’s nightstand. Upon asking if the item was a Kardashian candle, Davidson blushes as he replies: “Yes, it is! That is exactly what that is.”

The comedian later confirmed that he is moving after earlier reports of him leaving New York to be in LA with girlfriend Kim.

“Oh great, I left my closet open,” he added mid-interview. “I’m moving, I’m in the process of moving, so it is not great over here.”

Speaking about how he spends time off work, Davidson shared that he loves to chill with Kim.

“Well, I don’t really have Instagram — I don’t have Instagram or Twitter or any of that stuff,” the comedian says about whether fame affects him. “So, most of my daily life is getting into cars and showing up to a set.”

“Or, if I’m off, I just either hang with my friends or chill with my girlfriend inside,” he continues. “So I don’t do much!”