Pocahontas makes her Marvel debut in King Conan #3 (sort of) 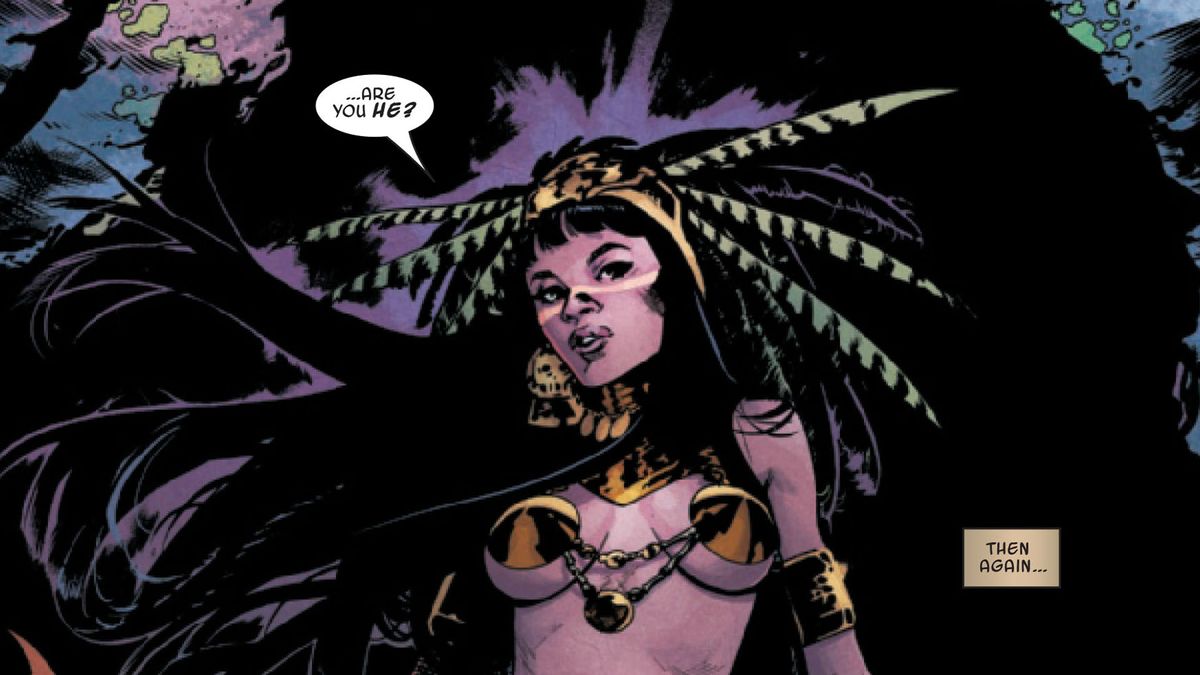 Conan has crossed over with many surprising characters in his time, but now he’s meeting a real-life historical icon: Pocahontas.

In a preview for February 16’s King Conan #3, the savage Cimmerian finds a woman marooned on an island of the undead – the same island he himself is now marooned on – that calls herself Princess Matoaka.

Historians note that ‘Princess Matoaka’ is a common variation of the name ‘Matoax,’ which some believe was the actual birthname of Pocahontas. That would make ‘Matoaka’ a somewhat anglicized version of the name transcribed by contemporary chroniclers.

Now, King Conan’s Jason Aaron is no stranger to Native American culture – he wrote the critically-acclaimed Native American crime drama Scalped. It’s possible this is the real-life Pocahontas written to be stranded in Conan’s fantasy world, but it could be more of Aaron drawing inspiration from the Native American woman’s alias to create a new, fictional character here in King Conan #3.

In history, Pocahontas was given the name ‘Princess Matoaka’ by a company which brought her to England on tour due to her popularity. Not content with her real-life story, the company created a fictionalized version that framed her as the princess of the ‘Powhatan Empire of Virginia.’

Asrar and Wilson have drawn the main cover to King Conan #3, with variants by Jan Bazaldua/David Curiel and Jay Anacleto/Romula Farjardo Jr. Check out those variants here:

Look for this and all of Marvel’s Conan comics in your local comic shop.

Share
Facebook
Twitter
Pinterest
WhatsApp
Previous articlePrince Charles could opt for name change when he takes the throne
Next articleMicrosoft readying a laptop with SD 8cx Gen 3, to be faster than some AMD and Intel rivals