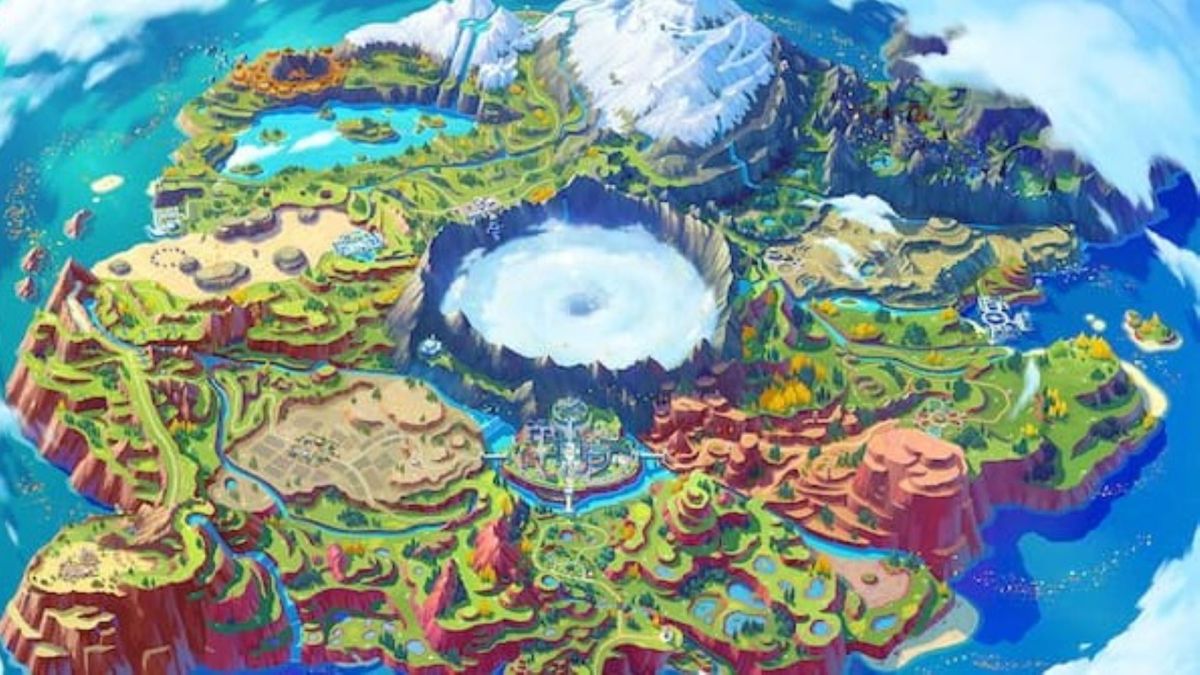 Pokemon Scarlet and Violet’s Paldea map has been detailed in full for the first time.

Yesterday on August 3, a brand new Pokemon Presents showcase gave us a look at the map of the upcoming games. We now finally know Paldea is the name of the region we’ll be traversing in Pokemon Scarlet and Violet, and you can see a full overview of the map of Paldea for yourself just below.

From the looks of the new map image just below, it seems like there’ll be a volcanic region situated in the northwestern region of Paldea, and frigid mountains directly in the north. It’s quite hard to make out what the stormy mid-section of Paldea is meant to represent, but the town immediately beneath it looks like a busy cityscape.

Heading over to the game’s official website (opens in new tab), we can see Paldea is home to “vast open spaces dotted with lakes, towering peaks, wastelands, and perilous mountain ranges.” We also know there’ll be one village town in Paldea, as well as one port town with a bustling marketplace.

Earlier this year, it was revealed that Pokemon Scarlet and Violet will let players explore the map at will, no longer restricting them based on linear story progression. Yesterday in the Pokemon Presents showcase, Game Freak unveiled that both games would also be ditching linear story progression, giving you three stories to explore and progress whenever you want.

It certainly sounds as though the new Gen 9 is really changing things up for the Pokemon franchise at large. Paldea might have the traditional areas and regions we’d expect from Pokemon games, but we’ll be exploring them in very new ways.

Pokemon Scarlet and Violet fans are understandably losing it over Fidough, a puppy made out of bread.