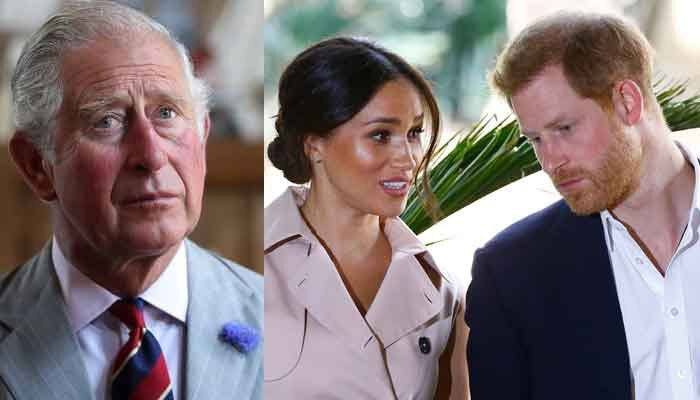 Prince Charles taking over the Queen’s spot at the State Opening of Parliament should alarm Prince Harry and Meghan Markle, says expert.

Queen decided to opt-out of the monumental occasion and passed on her responsibility to Charles this week at the eleventh hour. The Prince of Wales hence devlered the monarch’s speech on behalf of this mother.

Royal expert Daniela Elser says the image of the scene should panic Harry and Meghan about their future with the royals.

The royal expert said in her column for News.com.au: “If there is anyone for whom this Charles photo should be a cause for serious alarm it is his son and daughter-in-law Harry and Meghan, Duke and Duchess of Sussex.”

“Despite having thrown in the Harrods towel more than two years ago to try their luck on the West Coast as entrepreneur-philanthropist-celebrity-politicians… they remain inexorably linked with the house of Windsor.”

“Like it or not, a number of decisions about their future won’t be made by 10 per cent-taking managers, PR firms and business agents but 8500km away in London.”

She said that decisions such as “what sort of relationship they might be able to hope for with his family” or “whether their son Archie and daughter Lilibet will be made both HRHs and Prince/Princess when their grandfather accedes” would now be handed over to Charles.