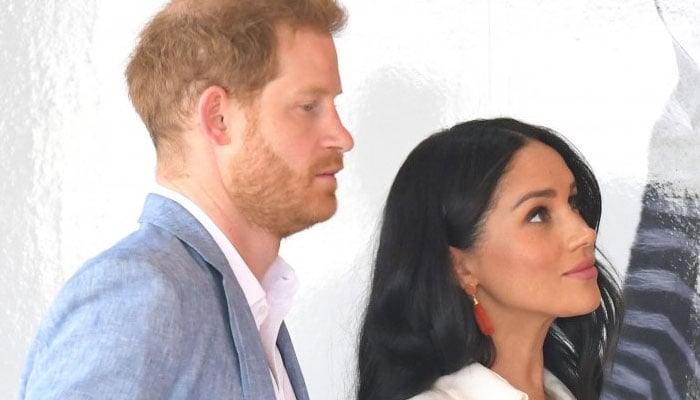 Prince Harry and Meghan Markle clicked on their first date in 2016.

The Duke of Sussex, who lacked a nurturing and constant anchor his entire life, found a mother figure in the former Suits star, says Judy Finnigan.

“Bower’s account of how he fell hard for Meghan – so different from his previous girlfriends: tough, totally confident, harbouring no doubts about her self-worth – made my heart sink.

“Already aware that in life’s pecking order his only brother was far more important than him, he lost his beloved mother in an unspeakable tragedy.

The expert added: “He grew up without a loving anchor. William was too young and Charles too self-centred to provide the roots to tether him to a secure sense of himself.”

Meanwhile, Meghan was looking for a ‘platform’ to kick star her career as a philanthropist.

“Her PR people and lawyers had no doubt this minor actress in obscure cable TV drama Suits, craved the big time. And if her acting wasn’t quite good enough to make her a star, that she would seek fame by another route – philanthropy. Like her idols Hillary Clinton and Michelle Obama, she’d be a feminist icon, a worldwide symbol of altruism,” Judy added.

“The problem was she didn’t have a big enough platform to launch from. And then along came Harry,” she then hinted the beginning of their romance.