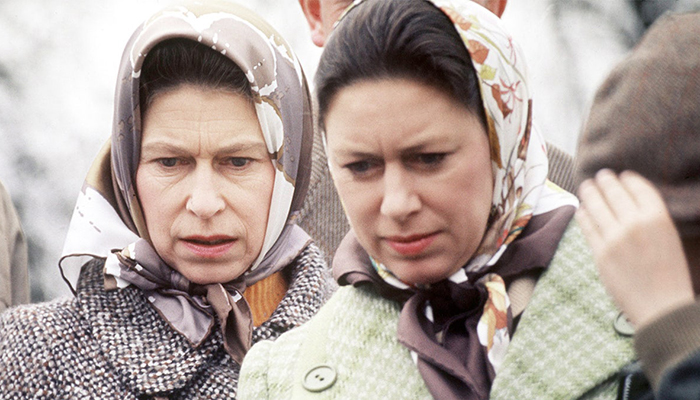 The late princess was labeled the “rebel royal” which referred to her party lifestyle which often saw her brush shoulders with celebrities and musicians.

However, even with her glamorous lifestyle, there was something that continued to put Margaret in a tough mental space.

According to journalist Craig Brown, who authored Ma’am Darling: 99 Glimpses of Princess Margaret, the Princess experienced nightmares about disappointing The Queen.

She feared that one day the Queen would “disapprove” her.

This was rather a surprising confession as Margaret and the Queen were very close with the former often being referred to the latter’s “wingwoman”.

According to Andrew Morton: “Throughout their lives Elizabeth and Margaret butted heads — the sensible, older sister matched with the mischievous, wilful little sister.

“Yet they were united by a primal bond, a private world only they could share.

“Central to that bond was Margaret’s unflinching loyalty to her sister. She was Elizabeth’s wingwoman, able to say things that a queen would shy away from expressing.”

It is pertinent to mention that Margaret had passed away 20 years ago at the age of 71 after months of health problems.