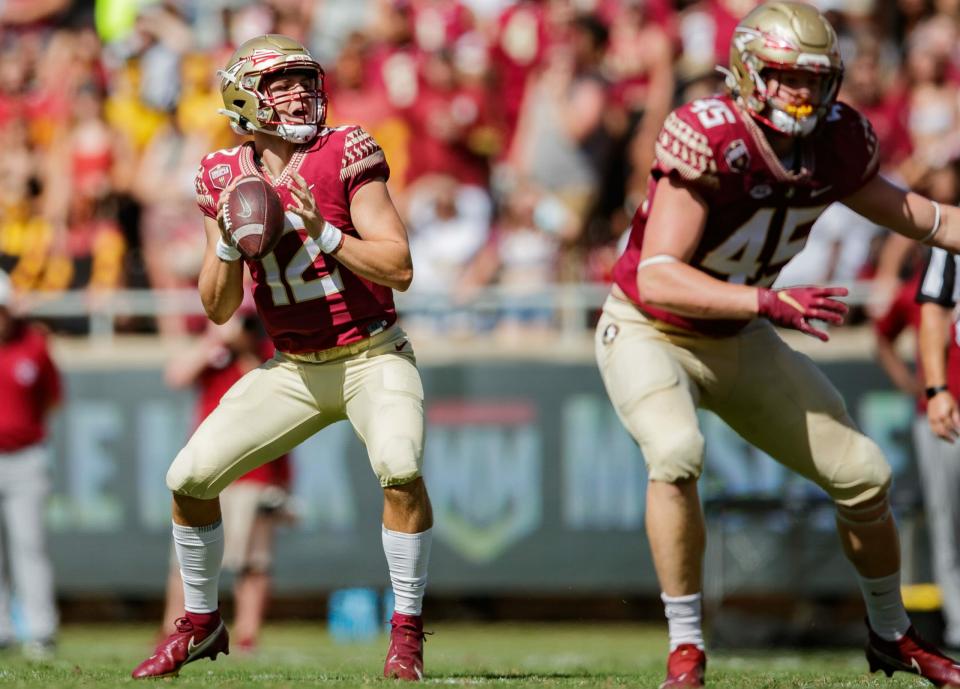 If you like to read between the lines, this may be the article for you. After a hectic week that saw the Sooners watch as Caleb Williams entered the transfer portal and saw Dillon Gabriel commit to Oklahoma just hours later, the Sooners are back in the portal shopping for yet another quarterback.

The new quarterback offer is one with a familiar last name. Chubba Purdy, former quarterback of the Florida State Seminoles, is the younger brother of recently graduated Iowa State quarterback Brock Purdy. The older Purdy has been in some battles with the Sooners in recent years.

The younger Purdy may not be as accomplished at the college level as his brother is, but he could fill a very significant role for Oklahoma who still needs another scholarship quarterback. Oklahoma will only have 2022 four-star Nick Evers and UCF transfer Dillon Gabriel on scholarship in 2022.

Caleb Williams could return to Oklahoma but the Sooners landing one quarterback via the transfer portal and still shopping for another would seem to indicate the Sooners and offensive coordinator Jeff Lebby don’t think Williams is returning.

Gabriel was insurance for Williams. This next quarterback looks like veteran insurance for Gabriel while Nick Evers acclimates himself to the college game.

The wheels on this situation are turning and it seems like the Sooners are doing their due diligence to cover themselves regardless of what Williams decides.