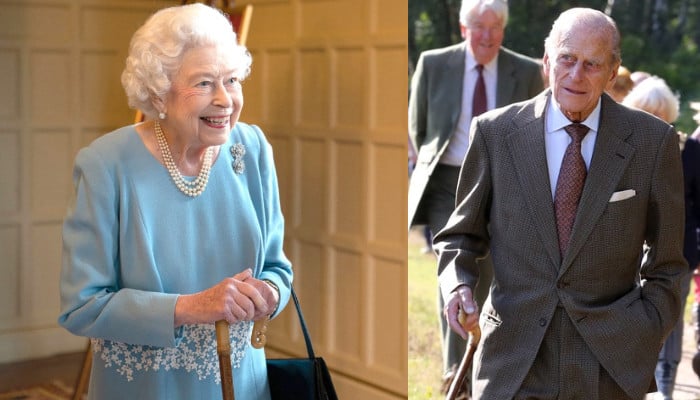 Queen Elizabeth, who marked the start of her Platinum Jubilee on the weekend, made sure to remember her late husband Prince Philip during the festivities on Saturday by carrying his special cane with her.

The 95-year-old monarch was spotted using Philip’s cane at her first public outing of the year as the family marked the eve of her Accession Day in Sandringham, Norfolk.

Royal biographer Gyles Brandreth was the first to notice the stick, telling Telegraph Monday, “I recognized the stick instantly, as it was always kept in a pot by the front door. It was the duke’s stick, and it is very touching that the Queen has started using it.”

The Queen held onto the Duke of Edinburgh’s cane throughout the evening, making for a heartwarming picture on the historic day.

Philip passed away at the age of 99 in April 21, and was last seen using the cane in 2013 after undergoing abdominal surgery.

As for the Queen, she started using a cane around October 2021.