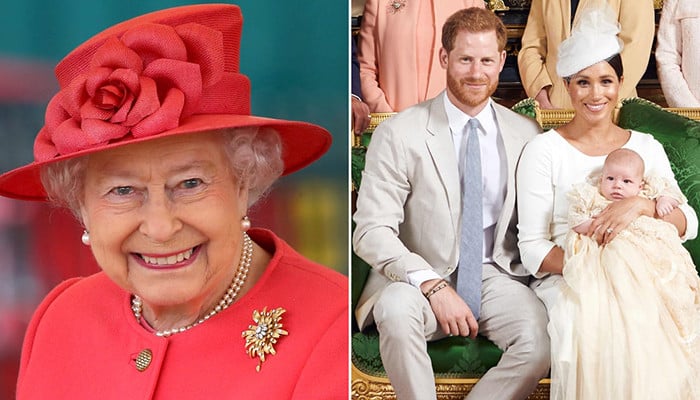 The Queen’s absence from Archie’s christening is said to have a deeper reason involving Prince Harry and Meghan Markle.

The event took place at a private chapel in Windsor Castle when Archie was just two months old.

Christenings are considered to be an important event with all senior members of the royal family attending the symbolic ceremony.

In the photos that were released royal fans could not help but notice that the Queen and Prince Philip, Archie’s great-grandparents, were absent from the event.

It was officially revealed that their absence was due to prior commitment.

However the book Royals at War: The Untold Story of Harry and Meghan’s Shocking Split with the House of Windsor, which was released in 2020, claimed that the monarch was sending an explicit message to the Duke and Duchess of Sussex by not attending.

“Pointedly, the Queen and Prince Philip stayed away. They had been generous and understanding at their best.