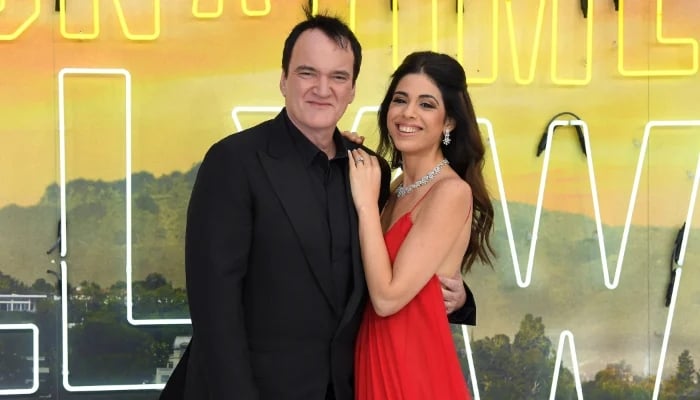 The couple are already parents to a two-year-old son Leo, who they welcomed in February 2020

Quentin Tarantino welcomed a baby girl with his wife Daniella Pick on July 2.

The 58-year-old Oscar-winning director and Daniella are already parents to a two-year-old son Leo, who they welcomed in February 2020.

The happy news of their baby no. 2 was confirmed by the couple in a statement shared with People through their reps.

The statement shared by People said, “Daniella and Quentin Tarantino are happy to announce that Daniella gave birth to their baby girl on July 2, 2022, a little sister to Leo, their first child.”

The Once Upon a Time in Hollywood director and his singer wife had previously revealed they were expecting their second child in February this year.

As for Quentin and Daniella’s relationship, the couple has been going strong since 2009. They began dating after meeting in 2009 when he was promoting his film Inglorious Basterds. The couple got engaged in June 2017 and later tied the knot in November 2018.

They welcomed their first child together, son Leo in February 2020. Tarantino previously clarified how his son wasn’t named after actor Leonardo DiCaprio, with whom the director has worked in Django Unchained and Once Upon a Time in Hollywood.

Speaking about why his son was named Leo, Quentin told Jimmy Kimmel, “We almost didn’t name him that because people would assume I named him after Leonardo DiCaprio. There’s nothing wrong with that, but … he’s named after my wife’s grandfather, but also because, just in our hearts, he was our little lion.”

The couple is yet to reveal their baby daughter’s name.