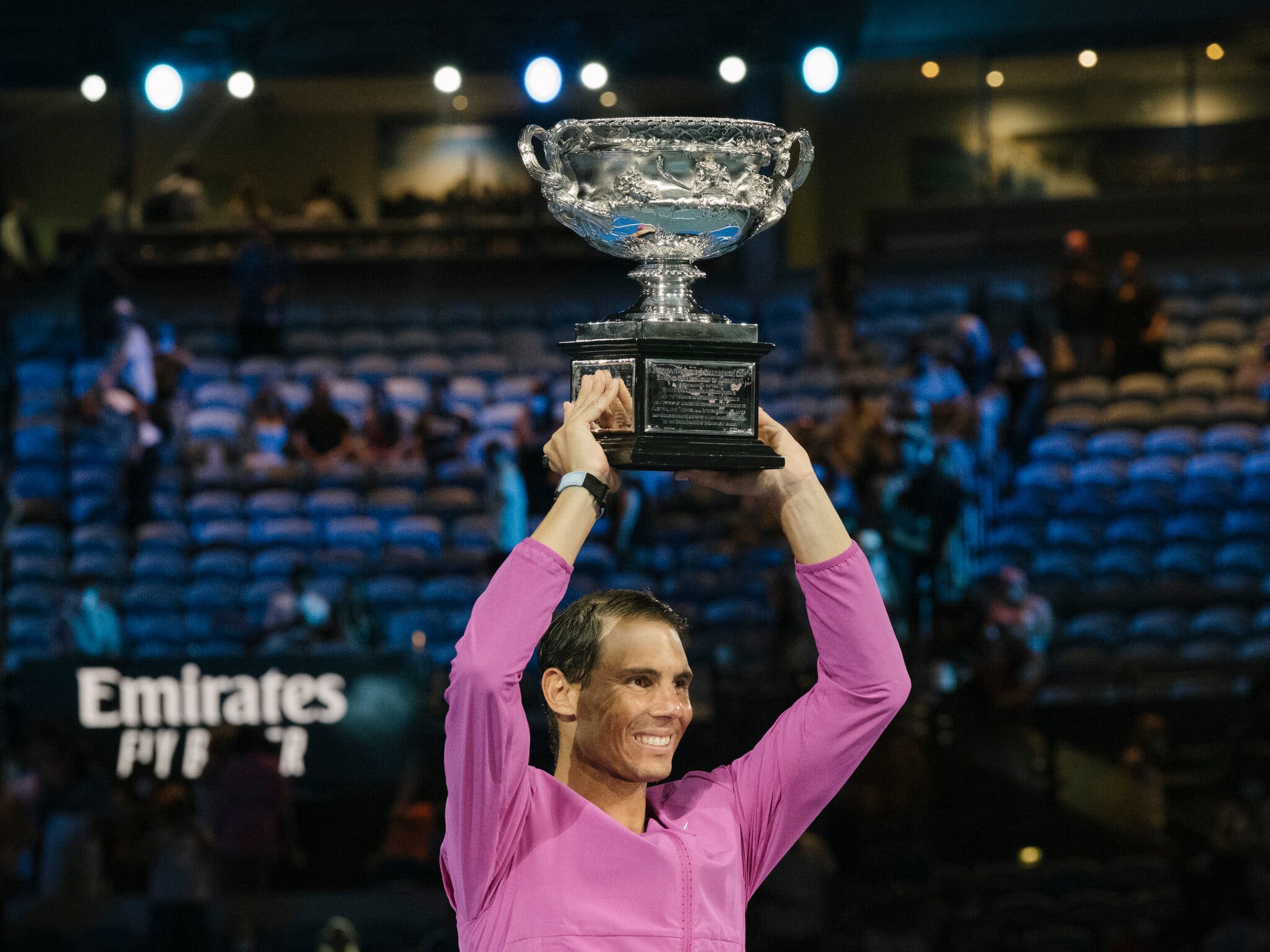 After more than five hours of play, Rafael Nadal has won the Australian Open and broken his three-way tie with Novak Djokovic and Roger Federer to claim the record for most Grand Slam titles in men’s singles tennis history.

“It has been one of the most emotional nights in my tennis career and to share the night with you it has been an honor,” Nadal said to Medvedev after the match.

Nadal has now won each of the four major tournaments twice, but his win in Melbourne was never a guarantee. He has faced multiple medical issues in the past, including concerns about his knees and struggles with Müller-Weiss disease, which causes chronic pain in the middle of the foot. The Spaniard underwent treatment on his foot earlier this year, and in late December he tested positive for COVID-19.

“Being honest, one month and a half ago I didn’t know if I would be able to be back on the tour playing tennis again, and today I’m here in front of all of you having this trophy and you really don’t know how much I’ve fought to be here,” Nadal said. “I can’t thank you enough.”