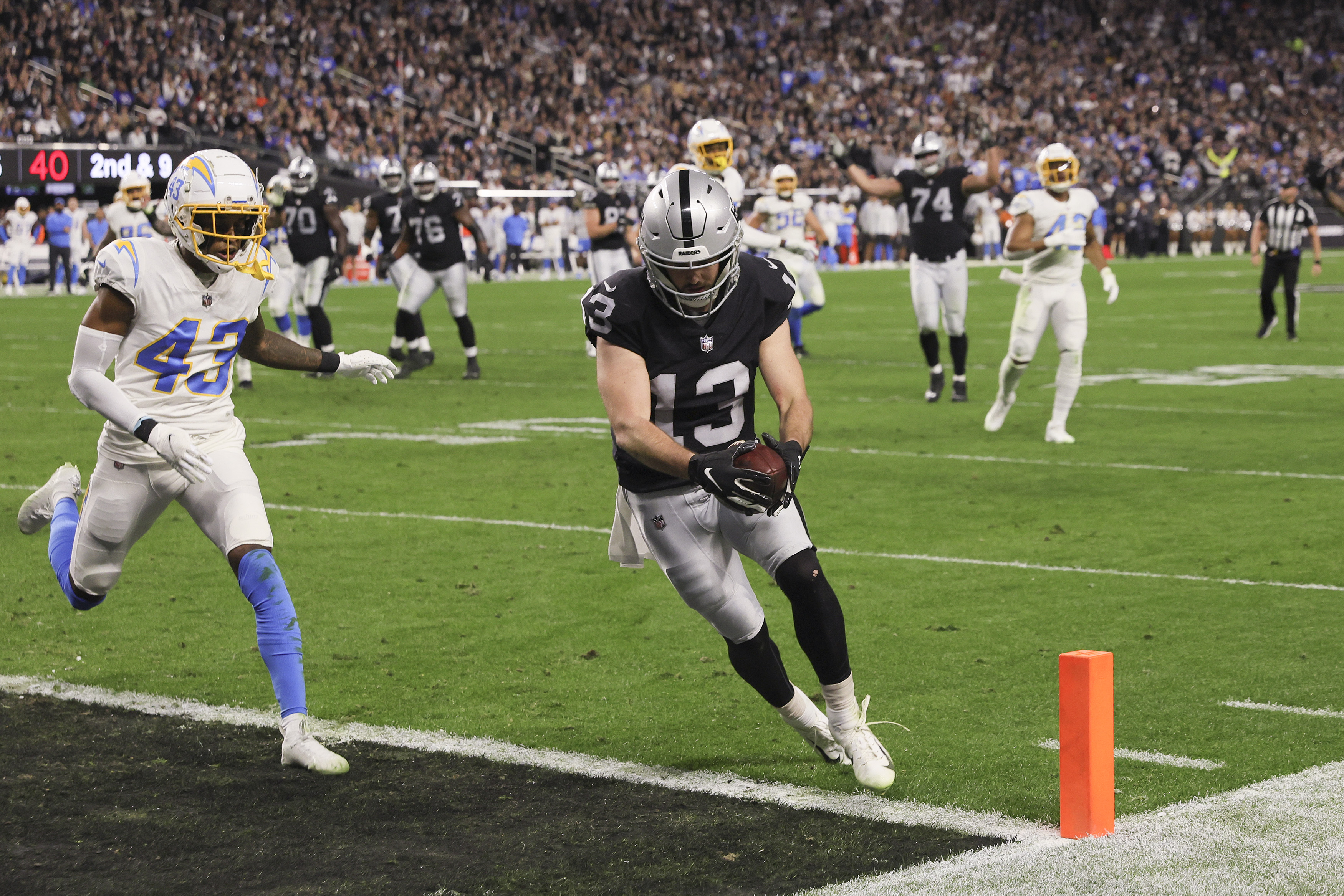 Through tumult and tragedy, the Las Vegas Raiders have emerged with a trip to the postseason ahead.

The Raiders defeated the Los Angeles Chargers in the final game of the regular season on Sunday, 35-32, in overtime to earn their first playoff berth since 2016, and the Pittsburgh Steelers received a wild-card berth, as well, thanks to the result.

The Raiders, seeded fifth in the AFC, will open the playoffs on Saturday at the No. 4 Cincinnati Bengals at 4:30 p.m. ET. The seventh-seeded Steelers will face the No. 2 Kansas City Chiefs on Sunday at 8:15 p.m. ET.

Looking for a victory to punch their postseason ticket, interim head coach Rich Bisaccia’s Raiders got their fourth in a row. In the process, the Raiders (10-7) eliminated the rival Chargers (9-8) from postseason contention.

It was a history-making victory for Bisaccia, who became the first interim coach to lead a team to the playoffs in the Super Bowl era. The Raiders are 6-5 since Bisaccia took over following the resignation of Jon Gruden.

Las Vegas was 6-7 following a 48-9 loss to the Kansas City Chiefs in Week 14 that was its fifth defeat in six games. But the Raiders have regrouped in stunning fashion, winning a string of nail-biters to stay in playoff contention.

As for the Steelers (9-7-1), they defeated the Baltimore Ravens earlier in the day and were ushered in by the Chargers’ win and the Indianapolis Colts’ loss. After the Colts’ loss, Pittsburgh’s win clinched a postseason spot as long as the Chargers-Raiders game didn’t end in a tie.