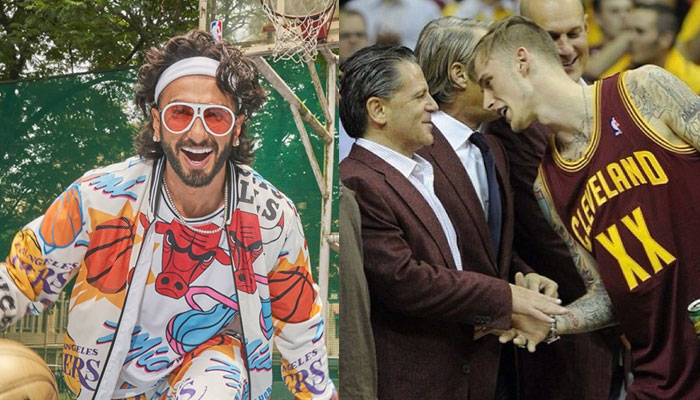 Ranveer Singh is ready for his first NBA All-Star Celebrity Game in America.

The Bajirao Mastan actor has confirmed his participation in the upcoming basketball game in Cleveland and is excited to play alongside stars like Machine Gun Kelly and Tiffany Haddish.

Turning to his Instagram on Thursday, Ranveer Singh gave fans a glimpse of the team breakup ahead of the game. Other prominent names spotted in the list were Kane Brown and Jack Harlow.

He wrote, “Ish ya boi (It’s your boy)” as he tagged NBA on the Instagram Story.

Earlier in his stories, Ranveer hinted fans of the big game.

“I’m flying to Cleveland to play the NBA Celebrity All-Star Game later this month. Better get some practice, warna naak kat jayegi (otherwise I’ll make a fool of myself).”