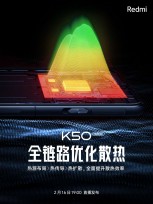 The Redmi K50 Gaming will be announced in China next week, and today the company shared some details about the phone’s performance. To make sure the phone is ready for heavy loads of gaming it will have a 40% better heat dissipation.

The 4,860 sq.mm vapor chamber improvement is just the first out of five steps. Additionally, Xiaomi redesigned the phone’s internals and introduced new materials and processes to improve efficiency.

As Redmi said, “it’s not only about raw performance of the Snapdragon 8 series”, so it will introduce optimizations to the chipset that will allow games running at 90 fps to keep the device cool. 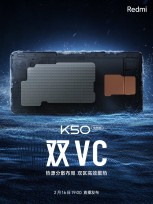 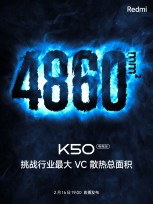 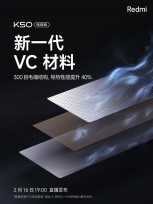 The shoulder keys will also handle better, but Redmi is sticking to the current design where the trigger pops up with a mechanical toggle.

The shoulder triggers are rounded to better match the curvature of the body. More than 40 elements from the complex mechanism were redesigned. The camera island looks similar to the predecessor, but now Redmi developed it with the Deco style in mind, and it has a metal rim with a single piece of rectangular glass, protecting the shooters. 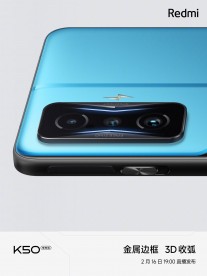 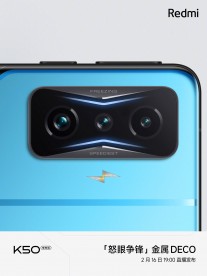 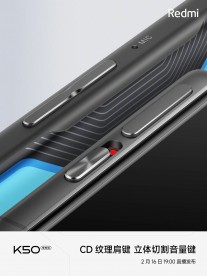 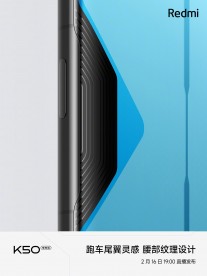 Speaking about the back, an image appeared online, suggesting Xiaomi will also release an edition dedicated to the company’s partnership with Mercedes AMG Petronas Formula One Team. After further investigation, we did not find the image on any official sources though, so this bit is most likely just a wishful fan render.