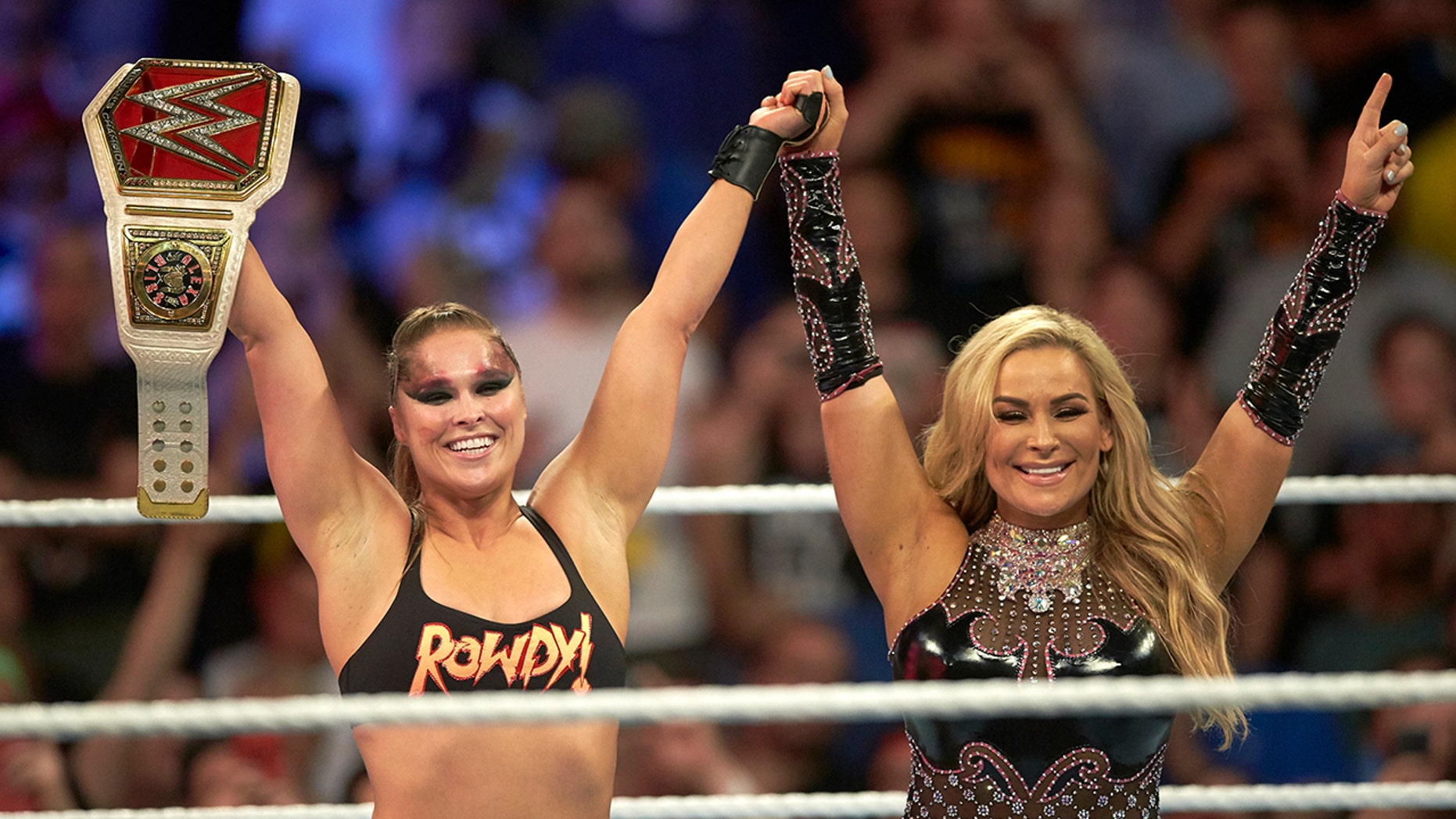 Rousey was one of the last competitors to enter the 30-woman Royal Rumble match and she was one of the final two superstars left in the ring. It came down to her and Flair.

Flair tried to immediately go for the big boot but Rousey caught her and flipped her out of the ring.

Rousey will now get a WWE women’s title shot at WrestleMania 38 in Arlington, Texas.

It was her first WWE appearance since losing to Becky Lynch in a triple-threat match with Flair at WrestleMania 35 for the WWE SmackDown and WWE Raw Women’s Titles.

Rousey came out to the ring with her patented black eyeliner on wearing black tights and a black shirt. The had the word “Baddest” scrawled across her chest. She eliminated a handful of opponents as the match dwindled down and then got to toss Flair over the ropes.

Rousey initially joined WWE more than three years ago after a successful career in the UFC. She made her official in-ring debut at WrestleMania 34 when she teamed up with Kurt Angle to defeat Triple H and Stephanie McMahon in a mixed tag-team match.

She won her first title against Alexa Bliss via submission at SummerSlam in 2018.

While Rousey has been away from TV for a while, she married UFC fighter Travis Browne in 2017 and announced in September 2021 she gave birth to a baby girl.

Rousey now has championship gold on her mind.