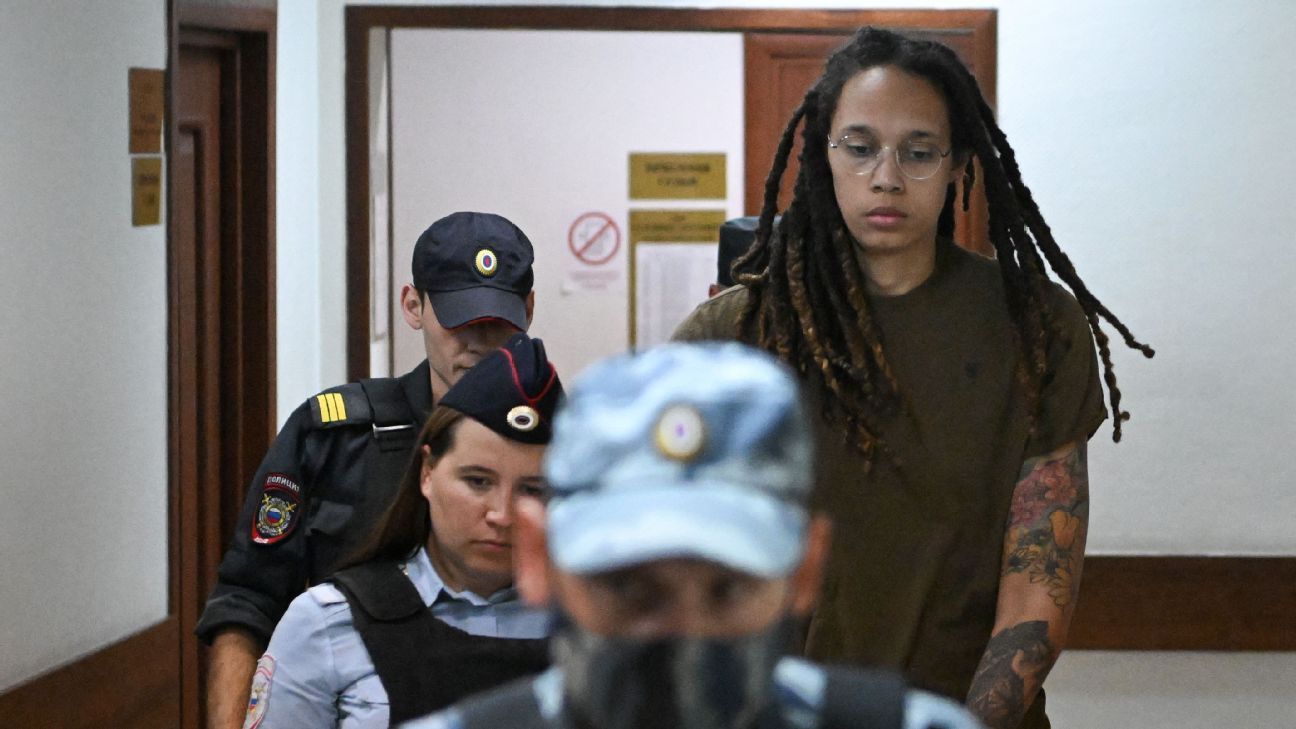 Russian prosecutors have asked a court to sentence Brittney Griner to 9½ years in prison.

The prosecutors’ request was made during closing arguments Thursday in Griner’s cannabis possession trial, nearly six months after the American basketball star was arrested at a Moscow airport in a case that has reached the highest levels of U.S.-Russia diplomacy.

Griner has acknowledged having vape cartridges with cannabis oil in her luggage. She is facing up to 10 years in prison, but judges have considerable latitude on sentencing.

Lawyers for the Phoenix Mercury center and two-time Olympic gold medalist have pursued strategies to bolster Griner’s contention that she had no criminal intent and that the canisters ended up in her luggage due to hasty packing. They have presented character witnesses from the Russian team that she plays for in the WNBA offseason and written testimony from a doctor who said he prescribed her cannabis for pain treatment.

Sources have told ESPN’s T.J. Quinn that a verdict and sentence are expected Friday. Assuming she does not go free, attention will turn to the high-stakes possibility of a prisoner swap.

Before her trial began in July, the U.S. State Department designated Griner as “wrongfully detained,” moving her case under the supervision of its special presidential envoy for hostage affairs, effectively the government’s chief hostage negotiator.

Last week, in an extraordinary move, U.S. Secretary of State Antony Blinken spoke to his Russian counterpart, Sergey Lavrov, urging him to accept a deal under which Griner and Paul Whelan, an American imprisoned in Russia on an espionage conviction, would go free.

The Associated Press contributed to this report.