Sabrent Rocket 4 Plus SSD review: “Goes like a rocket, and costs almost as much” 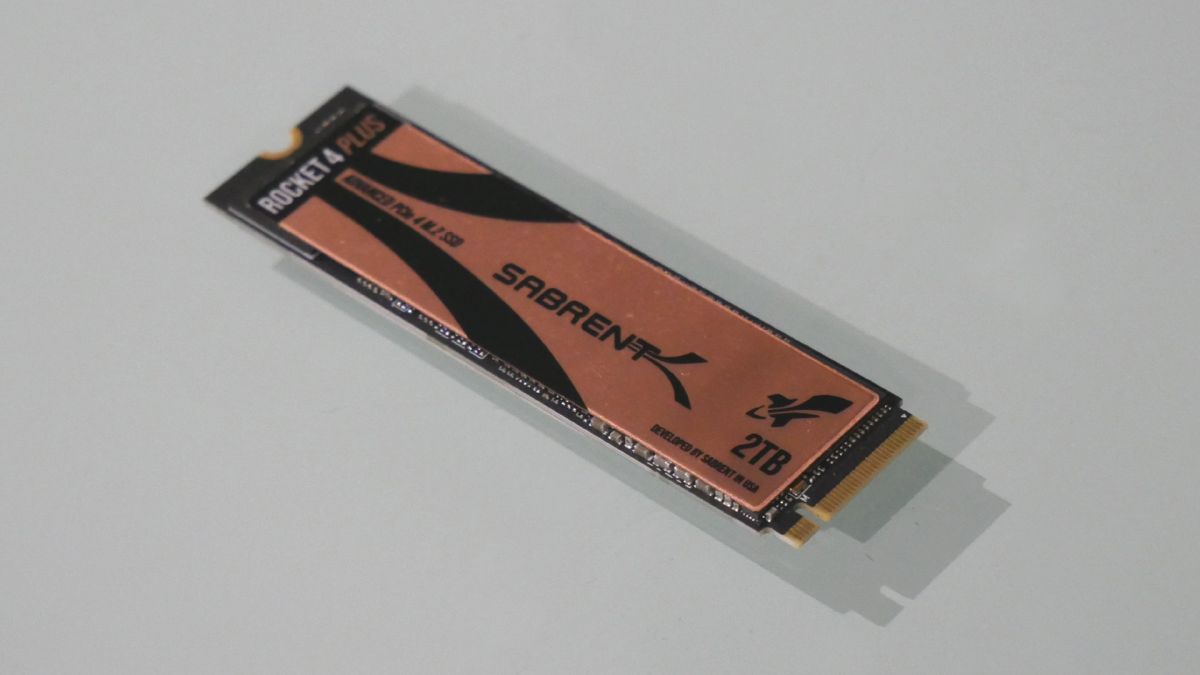 The Sabrent Rocket 4 Plus bucks the trend that up until recently choosing a fast SSD was a no-brainer. You simply went with Samsung’s latest and greatest. Today? Not so much. The market is now rammed with very fast PCI Express Gen 4.0 M.2 drives, including our current muse, the Sabrent Rocket 4 Plus. This thing is quick.

Exactly how quick? Well, Sabrent’s website has the following verbatim quote which might just pique your interest: “The world’s fastest NVMe SSD.” Righto. More specifically, we’ve got our dirty paws on the beefy 2TB model, which is claimed to be good for 7,000MB/s reads and 6,850MB/s writes. So, it matches Samsung’s 980 Pro 2TB for reads and spanks the 980’s 5,100MB/s writes.

Problem is, there are actually faster SSDs on paper. Just as a ‘for instance’, the 2TB PNY XLR8 CS3140 is rated at 7,500MB/s for reads. Of course, there’s much more to SSD performance than headline sequential throughput claims. It all comes down to the fine details with the best SSDs for gaming.

The beating heart of the Sabrent Rocket 4 Plus is the Phison E18 controller. It’s a very popular solution for high-performance PCI Express Gen 4.0 drives and has proved extremely effective, including on the aforementioned PNY XLR8 drive. SSD controller chips tend to be mysterious black boxes, but we know at least that the E18 has five CPU cores, two of which are Phison own design, eight memory channels, four PCIe 4.0 lanes and supports up to one million IOPS (Sabrent only claims 650K read IOPS and 700K write IOPS for the 4 PLus), all of which makes for very much a cutting-edge storage solution.

The same goes for the Micron-made 3D TLC flash memory and 2GB of DDR cache, not to mention the 1,400TB rated write endurance and a healthy five-year warranty. It all bodes well. For the record, this is a standard M.2 2280 form factor drive, so compatible with most PC motherboards. It also meets the performance specifications for the Sony PS5’s M.2 upgrade slot and with fully 2TB of capacity would enable a very extensive installed games library. Sabrent also offers both a fat inch-thick heatsink for PCs and a slimmer one specifically designed as a PS5 SSD. The drive itself is, of course, a non-starter for those looking for Xbox Series X hard drives. Like all full-length M.2 drives, this is one for PC and PS5 fans, only.

Anyway, in testing, this SSD mostly delivers on the on-paper promise. During our pre-flight prep routine, which involves filling the drive right up and deleting the data before testing, the Sabrent Rocket 4 Plus 2TB sustains peak performance for fully 600GB of internal file copying, which has got to be enough for most users.

As for peak performance, it pretty much delivers on the paper promises with 7.1GB/s reads and 6.6GB/s writes in CrystalDiskMark 7. Arguably more important for the day-to-day sense of snappy system performance is 4K random access performance. Here, the Sabrent is certainly strong, notching up 285MB/s for 4K writes, second only in our testing of flash-based SSDs to the WD BLACK SN850. The Rocket 4 Plus’s 73MB/s reads in the same metric are a little less competitive but hardly tardy.

A couple of additional factors worth noting involve thermals and alternative drives. The Rocket runs a tiny bit warmer than we’d like under load at around 65 degrees C. Also, there are now slightly faster drives based on the Phison E18 controller, including the Kingston Fury Renegade and PNY XLR8 CS3140, both of which run much cooler, which is great for those eyeing something up to add to one of best gaming PCs or best gaming laptops.

Overall – should you buy it?

All told, this is a very quick SSD. Is it actually the world’s fastest? No. Will you feel the difference in the real world compared to drives that crank out slightly better numbers in certain benchmarks? Equally, not likely. As is so often the case, then, the Rocket 4 Plus’s appeal hinges on value. Like all drives based on the Phison E18 controller, the Rocket is pretty pricey. The WD Black SN850 2TB can be had for a fair bit less, ditto the Samsung 980 Pro in the same capacity. We’d find the WD drive in particular hard to ignore.