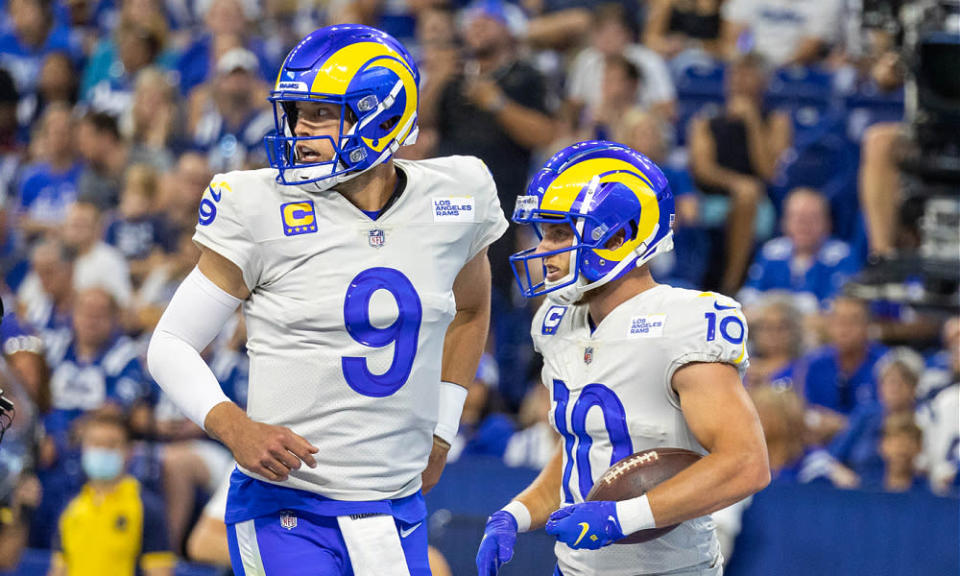 San Francisco at Los Angeles Rams How To Watch

– All of the CFN NFL Predictions

Why San Francisco Will Win

Win and get in.

New Orleans needs to win and it’ll be hoping for a San Francisco loss, but the 49ers can take care of things all on its own.

Jimmy Garoppolo is expected to give it a go with a thumb injury, almost all of the parts for the running game are fine, and now it’s time to try pounding away.

San Francisco got the Rams 31-10 back in Week 10 with a balanced attack and two takeaways, and that’s the goal again. Mix it up a bit, rely on the D to make big plays against an LA offense that turned it over three times in each of the last two games and three times in the last six, and …

Why Los Angeles Rams Will Win

The Ram offense is starting to work again.

It might not be smooth, and Matthew Stafford hasn’t quite been as good as he’ll need to be next week, but the yards are there for the passing game and the ground attack has been terrific at times over the last month.

Yeah, San Francisco will want to run, but up until last week against Baltimore, the Ram run defense has been nasty since that Week 10 loss.

Getting the 2 seed would be big for the Rams, and they do that by winning this and taking the division – or if Arizona loses.

San Francisco needs this more, though. The Rams should be okay no matter what, but the Niners need to solidify their playoff world.

It’s a long-winded way of saying both teams are going to try.

At home, Los Angeles will mark up for the earlier loss with a big defensive performance and a decent day – not amazing – from Stafford.

– Predictions of Every Game