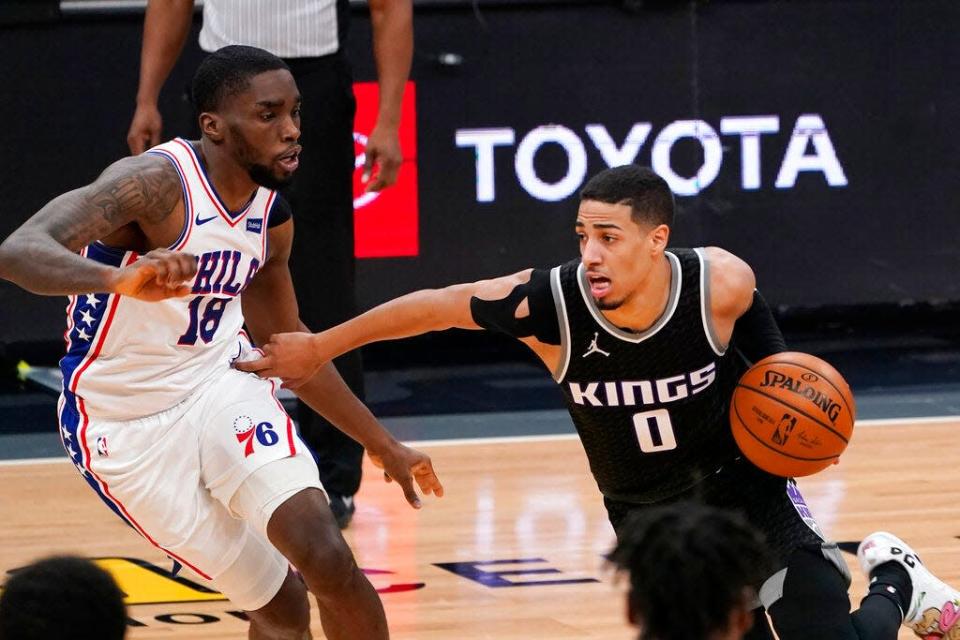 PHILADELPHIA — The 76ers moved to 22-16 with Friday night’s 119-100 victory over the shorthanded Spurs, giving them six wins in a row.

Star center Joel Embiid has scored 30 or more points in each of the six, allowing the Sixers to reach fifth in the Eastern Conference going into Saturday.

“It’s been fun,” Embiid said. “These guys trust me to make plays. … I’m feeling better every single day and I need to keep on doing it and we need to climb up the standings.”

That the Sixers are beating the opponents they should is an encouraging development for a team that has been hit especially hard with COVID-19 and injuries heading into the second half of the regular season.

What remains to be seen is how much help will be coming at the Feb. 10 trade deadline.

The Sixers’ biggest trade chip, the embattled Ben Simmons, remains out for personal reasons. He has yet to play in a game this season after Simmons and agent Rich Paul asked multiple times for the Sixers to trade him.

Sam Amick of The Athletic said Sacramento “would prefer to keep building around De’Aaron Fox and Tyrese Haliburton, (but) their strong appetite to improve means that no player is off the table in terms of potential trade talks.”

While Fox is a dynamic, fast 24-year-old point guard averaging 20.3 points this season, he is undersized (6-foot-2). The Sixers already have the 6-2 Tyrese Maxey and 6-1 Seth Curry. Fox is also a .254 3-point shooter in 2021-22, which could limit his ability to play alongside the offensively limited Matisse Thybulle at the offensive end, and not an especially good defender.

My sense is Morey might be more interested in a package centered around Haliburton, a 6-5 combo guard. Haliburton could step into the starting lineup for Thybulle or Danny Green at the ‘3’ spot. He could also come off the bench or perhaps start in place of Maxey, which would make the bench much better.

Only 21, Haliburton is converting .435 of his 3-pointers this season and averaging 3.31 assists per turnover. He’s also an active defender, averaging 1.7 steals (ninth in the NBA), 2.5 deflections and in the 90th percentile among guards in blocked shots per game, according to cleaningtheglass.com. Thybulle, a second-team all-defensive pick last year, is averaging 1.8 steals (seventh), 3.5 deflections (tied for fourth) and is at 100% in blocks for guards.

Marc Stein’s report about Atlanta being intrigued by Simmons is interesting, but the Hawks don’t have a high-level player the Sixers would want in return, since they won’t part with Trae Young. That means a Hawks-Sixers deal involving Simmons would have to involve at least a third team and possibly a fourth.

A dangerous game: Sixers’ Tobias Harris needs to rethink picking a fight with the Philly fans

What Sixers should want: Giving Joel Embiid more offensive help is at the top of the Sixers’ holiday wish list

No end in sight: How COVID is still wreaking havoc on the NBA, NHL, NFL and college basketball

The Pacers, Spurs and Pelicans are among the teams that could potentially also be in the mix for Simmons. It’d make sense for Morey to stay in touch with the struggling Trail Blazers in the unlikely event Portland is willing to move scorer Damian Lillard by Feb. 10 and the underachieving Celtics for the same reason regarding Jaylen Brown.

While it’d be ideal to bolster the roster around the 27-year-old Embiid, who is having a tremendous season, heading down the stretch and into the playoffs, Morey could also decide not to trade Simmons if he is unable to secure an impact player in a prospective deal and wait until the summer.

In fact, I wouldn’t be shocked if that turns out to be what happens.