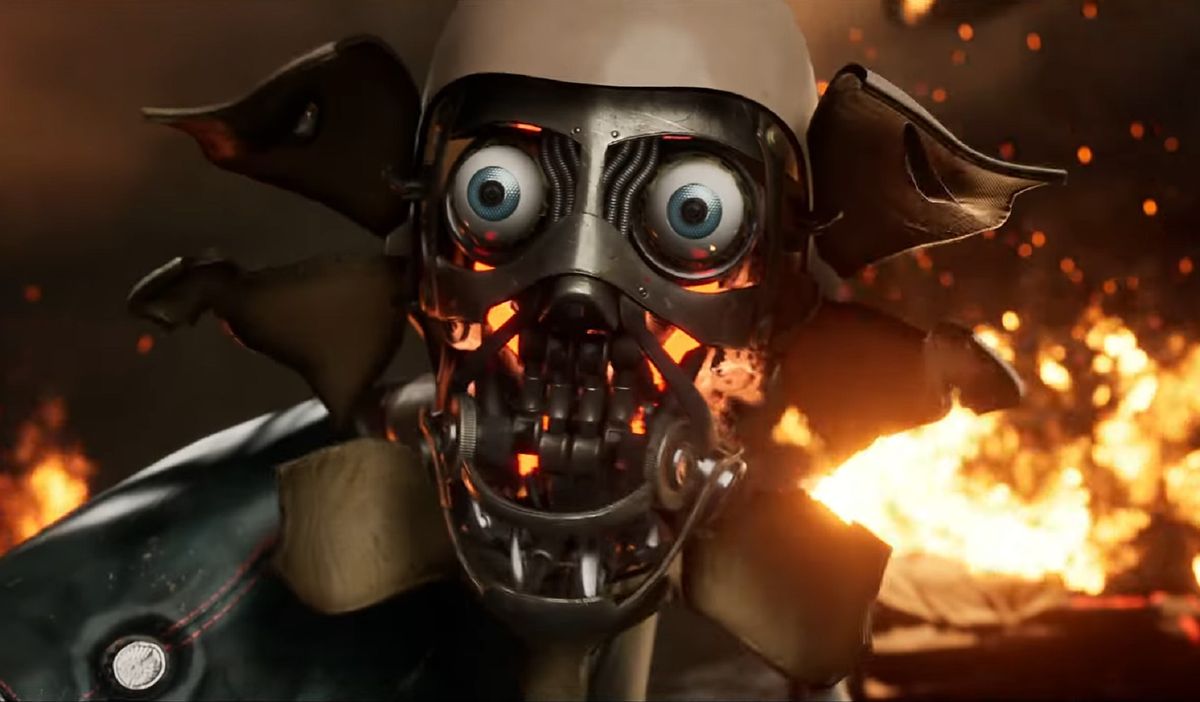 Bizarre Soviet-inspired shooter Atomic Heart finally has a release window, but like every single trailer for this bonkers game, it’s raised yet more questions.

Developer Mundfish confirmed in a new trailer that Atomic Heart will be out in “#######ber 2022,” narrowing its release window to either September, October, November, or December 2022. A third of the year is a pretty big range, but given the seasonal calendar, we can reasonably estimate that Atomic Heart will be out sometime this fall, or perhaps right at the start of winter if the game slips to late December.

Atomic Heart first surfaced around five years ago. Early footage of its first-person combat and creepy enemies brought understandable comparisons to BioShock, and the new trailer leans even further into the one-two punch of handheld elements combined with good old-fashioned guns. Perhaps because many of us were still hopped up on Nier: Automata’s madness in 2017, Atomic Heart’s vision of a world overrun by rogue robots really set a hook, and it’s only gotten wilder with each trailer.

We now know that Atomic Heart is an open-world first-person shooter set in an alternate reality where the Cold War turned out mighty differently. So differently, in fact, that wibbly-wobbly timey-wimey nonsense washed over the Soviet frontier, giving rise to whatever the hell the game’s two protagonists are fighting against. Animated liquids, evil clowns, killer robots – all the bases are covered.

Atomic Heart gets weird with every trailer, so at this point we just want to play the darn thing for ourselves. If nothing else, we know that it definitely has a guiding linear story with two endings, and it’ll be available on Xbox Game Pass from day one – whatever day one turns out to be.

Atomic Heart also delivered one of the most impressive 4K showcases of its time.