Splatoon 3 guide: Everything we know so far 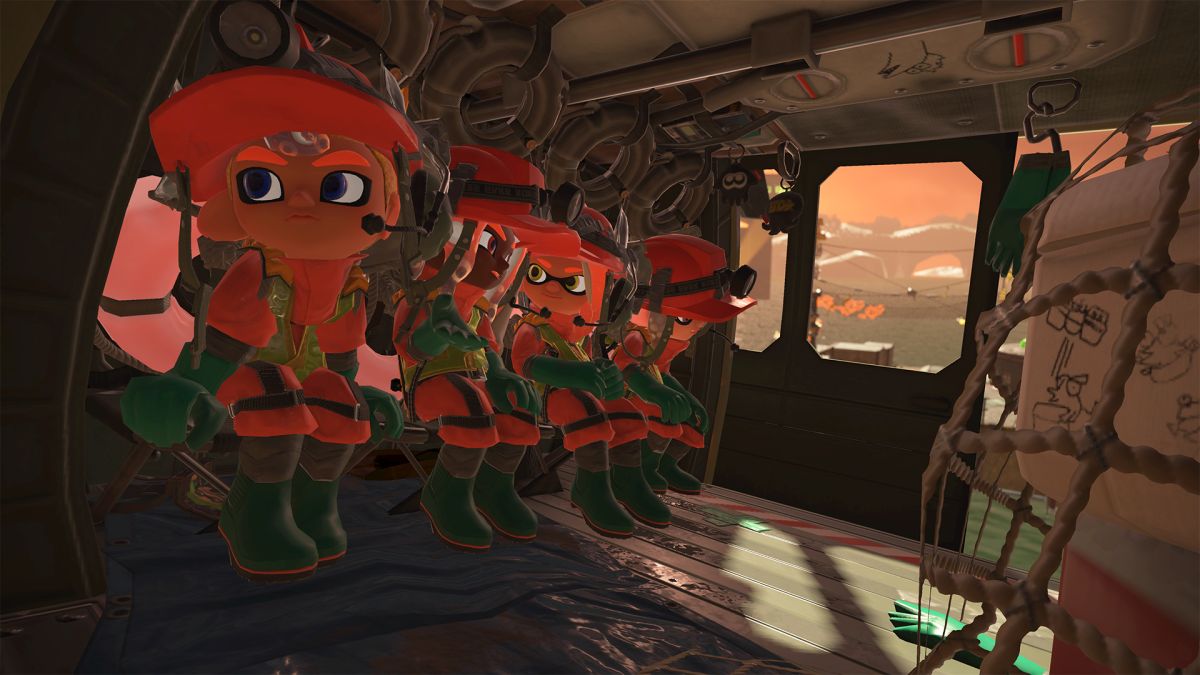 Splatoon 3 finally has a more specific release window, even if we still don’t know exactly when we can start playing. Nintendo has confirmed that Splatoon 3 will come crashing onto Nintendo Switch some time in summer 2022, and it will bring a new take on the Salmon Run co-op mode when it does. The Splatoon series has always danced on an oyster knife’s edge between youthful energy and post-human ecological horror, and some of the new foes we’ll face in co-op battle prove that it won’t be all idol concerts and fashion labels in Splatsville.

Previous looks at Splatoon 3 have focused on the new abilities and weapons that will change the shape of multiplayer Turf Wars, as well as new character creation options and your very own pet Smallfry. Nintendo is keeping the Splatoon 3 single-player campaign largely under wraps so far, but we do know that it will put you up against a strange new “Mammalian” menace – despite the fact that all those furry creatures were supposed to be (almost) extinct.

When is the Splatoon 3 release window?

The Splatoon 3 release window is now summer 2022, which is at least a bit more specific than the “2022” window we had to go on before. Nintendo revealed the seasonal window in the above trailer, which is focused exclusively on the return of Salmon Run (more on that in a second). Splatoon has always been a summery-feeling series – not least because the first two games came out in May and July respectively – and it’s good to know Nintendo plans to keep that tradition afloat.

Is Splatoon 3 co-op coming back?

One of the biggest pleasant surprises in Splatoon 2 was Salmon Run, a co-op mode that sent teams of four players against waves of freaky (but also kinda cute) Salmonid enemies. It was a nice way to take a break from competitive multiplayer, and you could even earn some powerful gear for performing well. The Splatoon 3 trailer which aired alongside everything announced at the February 2022 Nintendo Direct finally confirmed Salmon Run will return, and the next wave will be full of new threats to contend with – from the towering Fish Stick to the terrifying King Salmonid. The best change, though, would be letting us play Salmon Run whenever we want, instead of being limited to a real-world schedule – we’ll just have to wait and see if that happens.

Nintendo revealed the Splatoon 3 trailer during its February Direct presentation, and you could hardly ask for a better debut. The trailer follows an Inkling on their journey from the Splatlands to the massive, chaotic city of Splatsville. We get an early look at character creation – which we’ll go into more in a bit – and we also see an unexpected landmark: the Eiffel Tower ripped from its foundations and wedged upside down in a giant pit. It may seem like a random addition to the world, but if you’ve been paying attention to the Splatoon lore (oh yeah, there’s lore) you already know the series takes place on Earth many, many years after humans went extinct. Once our Inkling hero arrives in Splatsville, they head straight into a Turf War to show off their new abilities and weapons.

The trailer revealed some Splatoon 3 weapons returning from previous games, including new looks for the trusty .96 Gal and the Range Blaster. The main Inkling wields an all-new bow weapon, which seems to fire three “strings” of ink at once. The strings all fling out vertically when jumping, but it looks like you may be able to fire them horizontally to cover more turf if you remain on the ground. We also get a teaser of some special weapons, including what appear to be modified Tenta Missiles and a deployable crab-bot. Research note: even Splatoon special weapons are subject to carcinisation…

Splatoon 3 idols – who will they be?

The Splatoon 3 idols haven’t been revealed yet, but here’s what we know so far. Splatoon introduced us to Callie and Marie as the Squid Sisters (and we know they’ll return again in the latest game, at least in the campaign), then Splatoon 2 turned the spotlight to Pearl and Marina, AKA Off the Hook. The relatively short-lived fame of Splatoon idols mirrors real-life celebrity turnover, so it’s a good bet that we’ll get a new pair of stars to keep us up-to-date on the latest splat-happenings in Splatoon 3. Is it too much to hope for a Salmonid/Jellyfish punk duo?

It looks like Splatoon 3 character customization will be more extensive and representative than ever before. The trailer shows you’ll be able to pick between playing an Inkling or an Octoling right from the start, and you just select a visual body type instead of being required to choose a gendered option. Both species sport new hairstyles, including braids and more close-cropped looks. It doesn’t end with your squid/octo kid though – you can also pick out a hairstyle for your adorably weird pet smallfry. Hopefully your little buddy doesn’t know how many of its kind we splatted back in Salmon Run…

Splatoon 3 story mode – Who are the Mammalians?

We’ve finally gotten our first look at Splatoon 3 story mode, and it’s thrown a real curveball at our understanding of the Splatoon-iverse (sorry, we couldn’t help ourselves – please don’t start calling it that). The “Return of the Mammalians” trailer showed some familiar Octarian foes clad in strange, dark fur – and also parts of the environment with the same furry coating. It looks like you’ll need to clean up some of that fur as you go with the help of your Salmonid small fry pet, but the question of how it got there in the first place remains. Is this post-human-apocalypse world harboring more than the evolved sea creatures we’ve met so far? More than them and Judd and Judd Jr., we mean?

Despite being multiplayer-focused games, both Splatoon and Splatoon 2 had surprisingly fun and extensive single-player campaigns. There’s little doubt that Splatoon 3 will follow suit. We fought a secret war against Octarian armies in the last two games, but now that Inklings are living in peace with Octolings – a prominent subspecies of the Octarians – will the Mammalians be our new enemy?