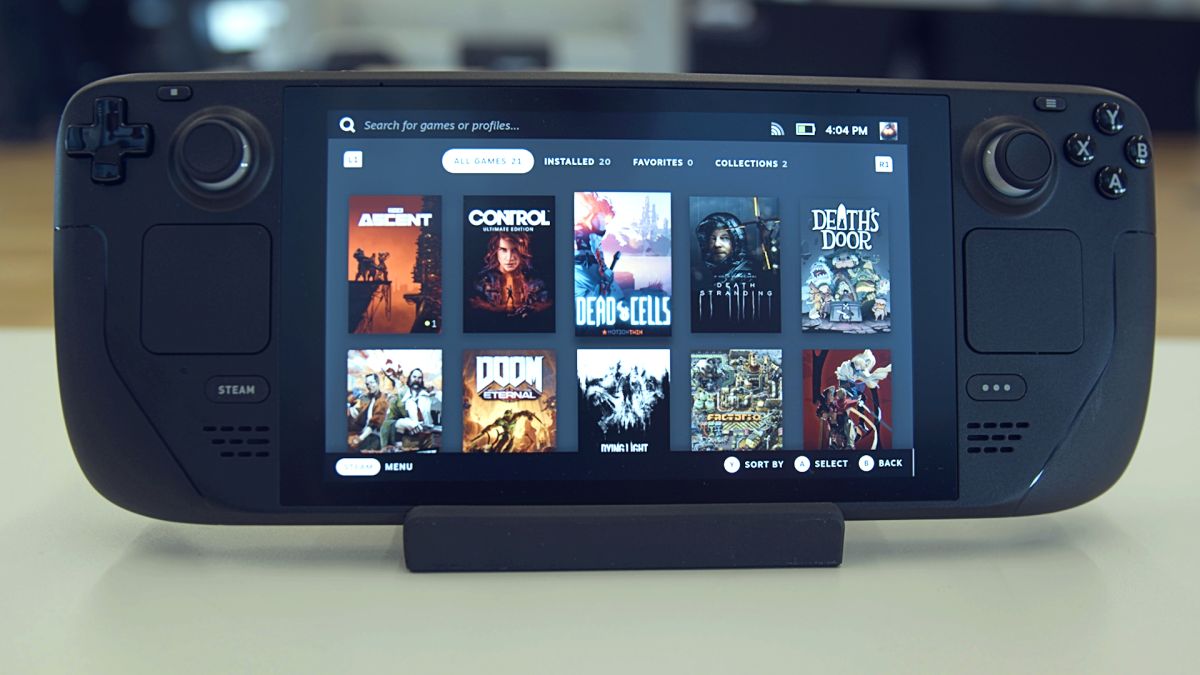 The Steam Deck comes out this month, and YouTubers with early models have found the battery life to be under Valve’s estimates.

While running a high performance game, early users found the battery could last as little as 80 minutes, while the best case scenario left players with around six hours of gameplay. As reported by PC Gamer, popular YouTuber Gamers Nexus and The Phawx ran multiple battery life tests on their preview Steam Decks only to reveal that Valve’s estimates were above what they could replicate.

Both testers tried running a demanding game – Forza Horizon 5 and Devil May Cry 5, respectively – with V Sync on, an uncapped frame rate, and all the graphical and performance settings at maximum. Under these strenuous conditions both Steam Deck’s batteries lasted an average of 80 to 90 minutes. However, when playing a less taxing game – Dead Cells, in both cases – with 2D pixel art graphics, they both managed to push the time up to around 6 hours by capping the game at 30fps.

When streaming their Steam games from a computer, players also got around 6 hours of battery life, though it should be noted this is already available from smart devices. The pair also tested playing back 4K video and this usually only offered around 3 hours before the need to charge.

There are several factors which can change how long the Steam deck can last. While some, such as dimming the screen’s brightness are commonly known, there are some which seem distinct to the Steam Deck as a handheld.

Those mostly appear to revolve around turning your settings down as low as possible in order to take pressure off the CPU. Lower graphical settings may feel like a given, but the most notable improvement in battery life performance was seen when the frame rate was capped at 30fps or below. The Steam deck is clearly capable of handling much higher frame rates than this but it is then a trade-off between how good it looks and how long it lasts. Another setting many may not consider is turning V-Sync off, but doing so might give you over 30 minutes of extra game time.

Why not prepare yourself for when the Steam Deck launches later this month by checking out our list of the best Steam games.