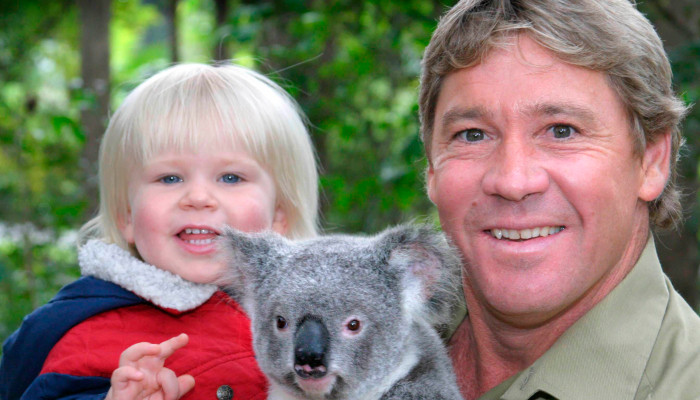 The late Steve Irwin’s son Robert Irwin has taken after his father’s love for crocodiles despite the animal’s scary nature which he recently faced while feeding a 12-foot croc at his Australia Zoo.

18-year-old Robert was almost attacked by the family’s leucitic saltwater crocodile named Casper during filming for their show Crikey! It’s the Irwins.

Irwin, seen running away from the crocodile, was then forced to yell out, “Bail, bail, bail,” as he asked for help from the crew around him.

Sharing a clip of the scary encounter on his Instagram, Irwin, 18, wrote, “We’ve definitely saved the best for last, including one of the most intense crocs feeds I’ve done!”

“We prioritize natural behaviour with our crocs. By getting in their enclosures with them, and letting them put on those huge strikes from the water’s edge, they get to use all of their predatory instincts and they just love it!” he explained.

He continued, “Plus, we can educate everyone about their conservation. But safety for us is also crucial and you definitely have to know when to call it. And with such a powerful and quick croc like Casper we had no choice but to bail.”

Irwin also shared some interesting insights into Casper in the clip, saying, “If he’s coming out of the water giving big strikes, that means he’s gonna be ready for the Crocoseum show.”

“Casper has such a wild behaviour, and since Dad first got Casper, he’s had that instinct. I’ve got no idea how he’s going to react, and, honestly, that’s quite terrifying,” he further shared.

Steve Irwin died in 2006 at the age of 44 after being attacked by a stingray during the shooting of a documentary.