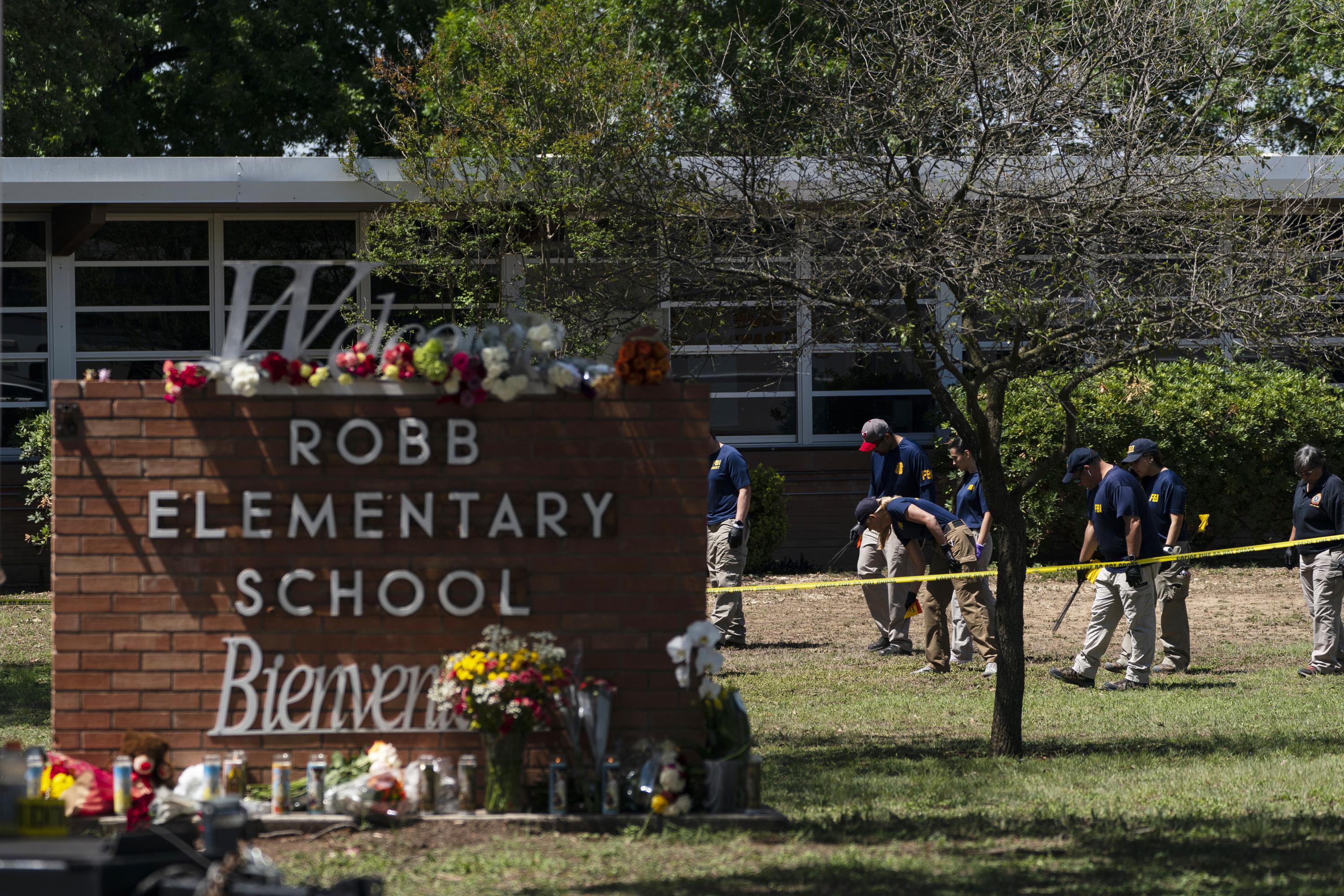 UVALDE, Texas (AP) — A young survivor of the massacre at a Texas elementary school said she covered herself with a friend’s blood and pretended to be dead while she waited for help to arrive.

Miah Cerrillo, 11, told CNN that she and a friend called 911 from her dead teacher’s phone Tuesday and waited for what felt like, to her, three hours for officers to arrive at Robb Elementary School in Uvalde.

The 18-year-old shooter, Salvador Ramos, was inside the school for more than an hour before he was shot to death by Border Patrol tactical officers. That’s according to top law enforcement officials who provided new details Thursday of a confusing and sometimes contradictory timeline that has angered and frustrated the parents and onlookers who had urged police to charge into the school.

The children who survived the attack, which killed 19 schoolchildren and two teachers, described a festive, end-of-the-school-year day that quickly turned to terror.

Samuel Salinas, 10, told ABC’s “ Good Morning America ” that he and other classmates pretended to be dead after Ramos opened fire on the class. Samuel was struck by shrapnel in his thigh.

“He shot the teacher and then he shot the kids,” said Samuel, who was in Irma Garcia’s class. Garcia died in the attack and her husband, Joe Garcia, died Thursday of an apparent heart attack.

Gemma Lopez, 10, was in a classroom down the hall when Ramos entered the building. She told “Good Morning America” that a bullet came through her classroom wall before any lockdown was called.

Her best friend, Amerie Garza, died in the rampage.

More on the school shooting in Uvalde, Texas: https://apnews.com/hub/school-shootings

Share
Facebook
Twitter
Pinterest
WhatsApp
Previous articleKim Kardashian shows off huge warehouse to keep her 30,000 outfits: see pics
Next articleHuawei reckons it can build you a new data center in half the usual time

Many won’t rely on virtual options after COVID: AP-NORC poll