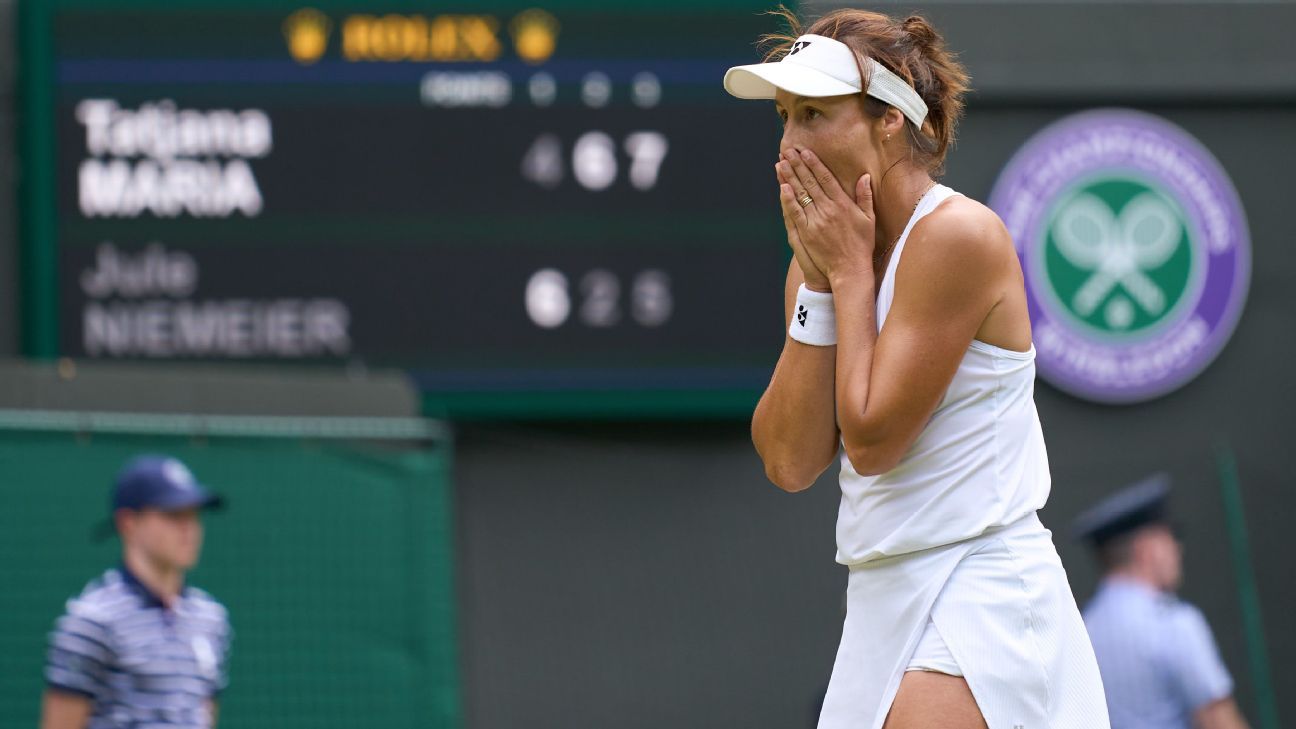 LONDON — The first semifinalist at this year’s Wimbledon is the oldest woman remaining in the draw.

Tatjana Maria, a 34-year-old German who returned to the tour less than a year ago following the birth of her second daughter, advanced to the semifinals at a Grand Slam tournament for the first time in her 35th appearance. She beat another German, 22-year-old Jule Niemeier 4-6, 6-2, 7-5, on Tuesday on No. 1 Court.

Maria is making her 10th appearance at the All England Club and has become only the sixth woman in the Open era to reach the Wimbledon semifinals after turning 34. Her best previous performance was reaching the third round in 2015. She never even made it that far at the other three major tennis tournaments.

It hasn’t all come easy this year.

Maria is ranked 103rd in the world and was outside the top 250 as recently as March. Since returning from maternity leave, she lost in the first round at the US Open, the Australian Open and the French Open.

That changed on the grass courts of Wimbledon.

Maria beat three seeded players in a row in her run to the quarterfinals, including fifth-seeded Maria Sakkari in the third round and 12th-seeded Jelena Ostapenko, the 2017 French Open champion, in the fourth round.

She will next face either third-seeded Ons Jabeur or Marie Bouzkova. Those two will play for a spot in the semifinals after the match between Novak Djokovic and Jannik Sinner on Centre Court.

“Ons is, I mean, part of our family. She loves my kids,” Maria said. “It would be great to play Ons, but we never know. I’m only happy that I’m in the semifinal now.”

The second match on No. 1 Court will be between ninth-seeded Cam Norrie and David Goffin. Norrie is trying to become only the fourth British man to reach the Wimbledon semifinals in the Open era.