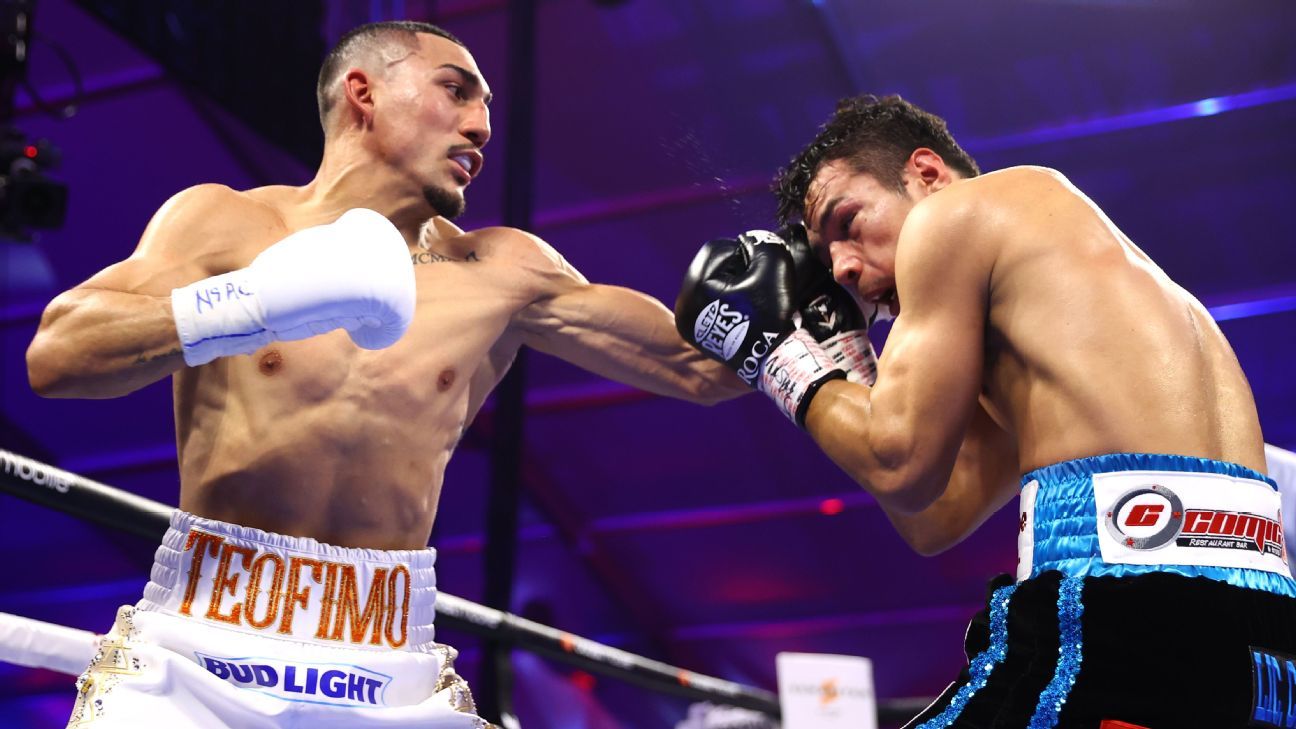 When Teofimo Lopez walked through the ropes back in November he was the ruler of the lightweights and one of the best pound-for-pound boxers in the world following an upset victory over Vasiliy Lomachenko.

Nine months later, Lopez entered the ring with uncertainty swirling around him. After the shocking defeat to George Kambosos Jr. in that fight, how would the 25-year-old respond? Is he still one of the best fighters in the world following his first pro defeat? Perhaps most importantly, is he ready for the best opponents at a new weight division at junior welterweight?

In his 140-pound debut, Lopez scored a seventh-round TKO victory over Pedro Campa on Saturday in Las Vegas but delivered few answers on his readiness to challenge for a world title in that weight class.

Really, it was always going to be tough to get real answers considering Campa’s level. The Mexican journeyman, fighting for the first time outside of his home country, was chosen for exactly that reason, of course. Top Rank, Lopez’s promoter, wanted to grab a confidence-building victory for Lopez following a tumultuous year.

But if Lopez (17-2, 12 KOs) was looking to make some noise, whether it was via a highlight-reel KO or a quick destruction of Campa, he failed to do that. And really, it’s hard to envision Top Rank throwing Lopez in with an elite fighter in his next outing, which is planned for Dec. 10 in New York’s Madison Square Garden.

Lopez, 25, called out boxers on the top level like Josh Taylor, Regis Prograis and Jose Zepeda, but they don’t figure to be available in December. Unified champion Taylor is likely to meet Jack Catterall in a Nov. 26 rematch, while Prograis and Zepeda are lined up for a fight against one another for the vacant WBC title this fall.

Arnold Barboza Jr., who was ringside on Saturday, is ESPN’s No. 7 junior welterweight and would provide a genuine litmus test for Lopez in December. So would Jose Pedraza, who must first defeat Richard Commey on Aug. 27 (ESPN).

If Lopez can return to spectacular form against a fighter on that level, he’ll prove he’s ready for the best at 140 pounds, a weight class suddenly brimming with talent.

Besides the aforementioned, there’s also former champion Jose Ramirez, who passed up on a title bout with Zepeda due to his October wedding, and Subriel Matias, the volume-punching Puerto Rican who could soon vie for a title.

For now, Lopez came through with the victory and with relative ease. It wasn’t necessary for his comeback to be completed in one night, and Top Rank is among the most patient in the sport when it comes to reclamation projects.

He busted up Campa at will and was never in any real danger. The real test should arise in his December bout, before “The Takeback” reaches its final chapter with a title shot in 2023.