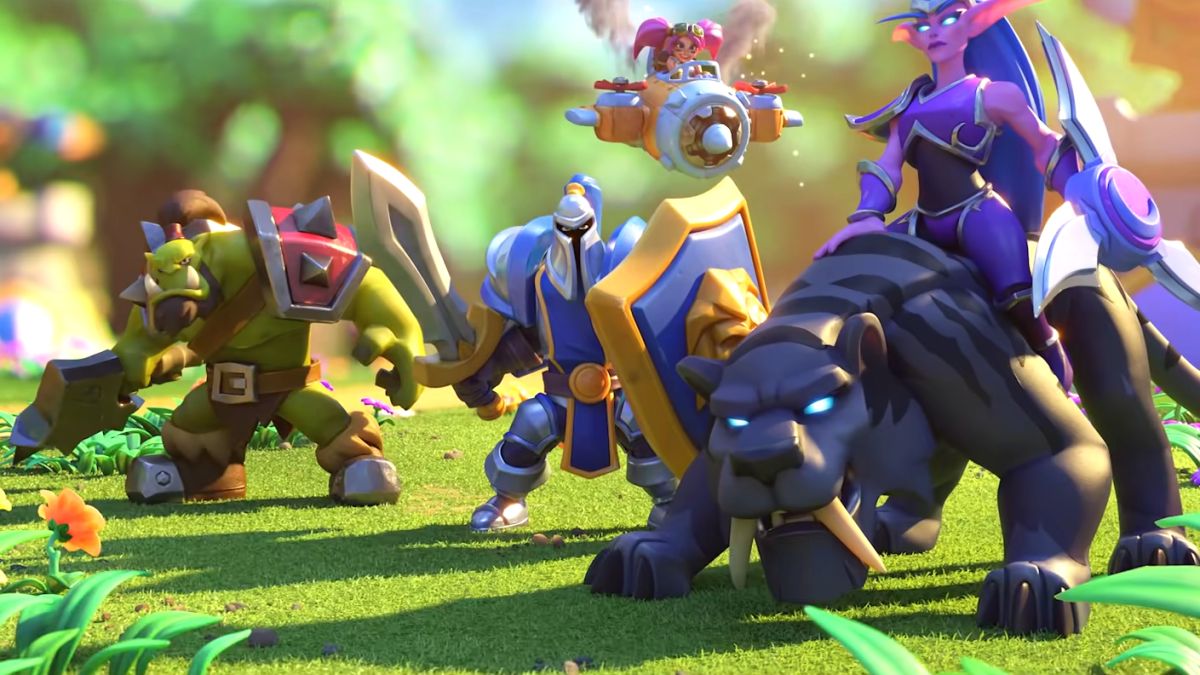 One of several new projects Blizzard has in the works (opens in new tab), the MMORPG would have been set in the World of Warcraft universe, but feature a different time period from the main game. As revealed in a report by Bloomberg (opens in new tab), NetEase and Blizzard canceled the project after coming to a dispute over financial terms.

The axed game wouldn’t have been a straight adaptation of the existing World of Warcraft MMORPG on PC, but a spin-off made for mobile. The project appears to have been fully laid to rest now though, with NetEase disbanding the game’s creative team of over 100 developers.

Azeroth’s on the move

The cancellation of the unannounced project won’t mark the end of the franchise on mobile. It was only back in May that Blizzard announced Warcraft Arclight Rumble – an upcoming action strategy game set in a stylized version of the Warcraft universe. It looks to heavily ape the PvP and PvE gameplay of the hugely successful Clash Royale.

Blizzard has further plans for Warcraft mobile games, too. Last year, CEO Bobby Kotick said (opens in new tab) the publisher had “made multiple mobile free-to-play Warcraft experiences, and they’re now in advanced development”. He added that the publisher wanted to “create opportunities for existing players and new fans to experience the Warcraft universe in entirely new ways.”

Arclight Rumble and this now-canceled World of Warcraft spin-off were probably the frontrunners of that initiative. But they’re unlikely the only projects that Blizzard is secretly tinkering with to expand into the Chinese gaming market. Data analyst Statista (opens in new tab) estimates China has one of the fastest-growing mobile markets in the world, having reached 660 million mobile gamers in early 2022. Blizzard will likely be keen to take advantage of that customer base, that’s often left untapped by Western studios.

The publisher’s already had substantial success doing just that. Diablo Immortal launched to poor critical reception but has been a commercial triumph. It generated over $100 million in less than two months, and ranked as China’s most-downloaded app in the first two days of its release, according to market analyst Sensor Tower. On top of that, Activision Blizzard’s latest quarterly earnings report (opens in new tab) revealed that “over half of the game’s player accounts to date are new to Blizzard”, locking a fresh base of players into its ecosystem.

But how it will try to replicate that success in the future is uncertain. The American publisher’s collaboration with NetEase opened the door to the Chinese market. The schism that now lies between them may disrupt future releases, just as it led to the cancelation of this unannounced World of Warcraft game. The least we can expect is no more mentions of Winnie-the-Pooh, which saw Diablo Immortal initially delayed in China.