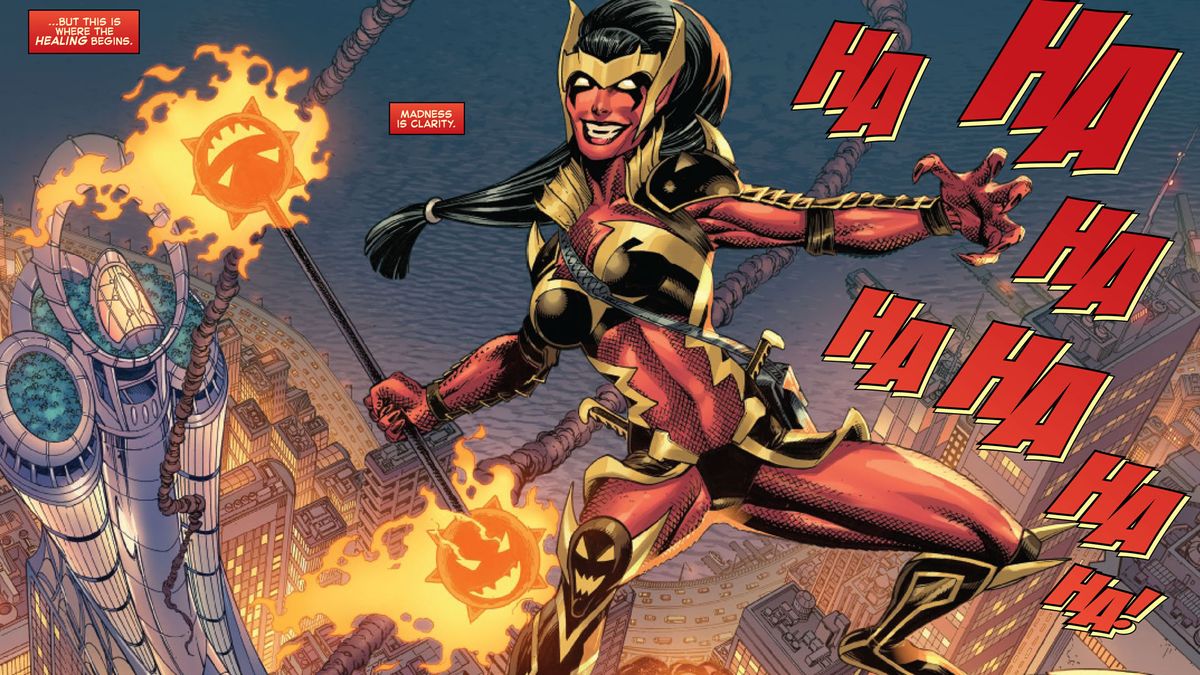 The recently introduced new Green Goblin legacy character Queen Goblin has been quite popular online since she was first announced by Marvel, and it seems we’ll all soon learn her story.

In a preview of February 16’s Amazing Spider-Man #89, it’s revealed that Queen Goblin appears to have gotten her powers from the menacing BEYOND Corporation, who is also financing the corporate Spider-Man (played by Ben Reilly).

Check out this preview:

Queen Goblin appears to have been created as a mercenary for the BEYOND Corporation, and her first ‘mission’ is to prevent Janine Godbe (the girlfriend of the corporate Spider-Man Ben Reily) from leaking company secrets which Marvel says are “damning.”

Spider-Man managed to save Janine from Queen Goblin in Amazing Spider-Man #88, but the new villain has returned to harass Mary Jane as MJ tries to facilitate the delivery of those corporate secrets to the Daily Bugle. Luckily, Mary Jane’s newfound friend Black Cat is there to save her.

“Queen Goblin was one of the coolest ideas from our ‘Beyond’ story summit,” Marvel’s Spider-Man group editor (and the company’s executive editor) Nick Lowe said recently in a press release. “All of the writers were riffing on the concept and character and when Pat Gleason dug in on the design we all lost it.”

Gleason has drawn the variant cover to Amazing Spider-Man #89. The main cover is drawn by Arthur Adams.

Check out our list of the best Spider-Man villains of all time.