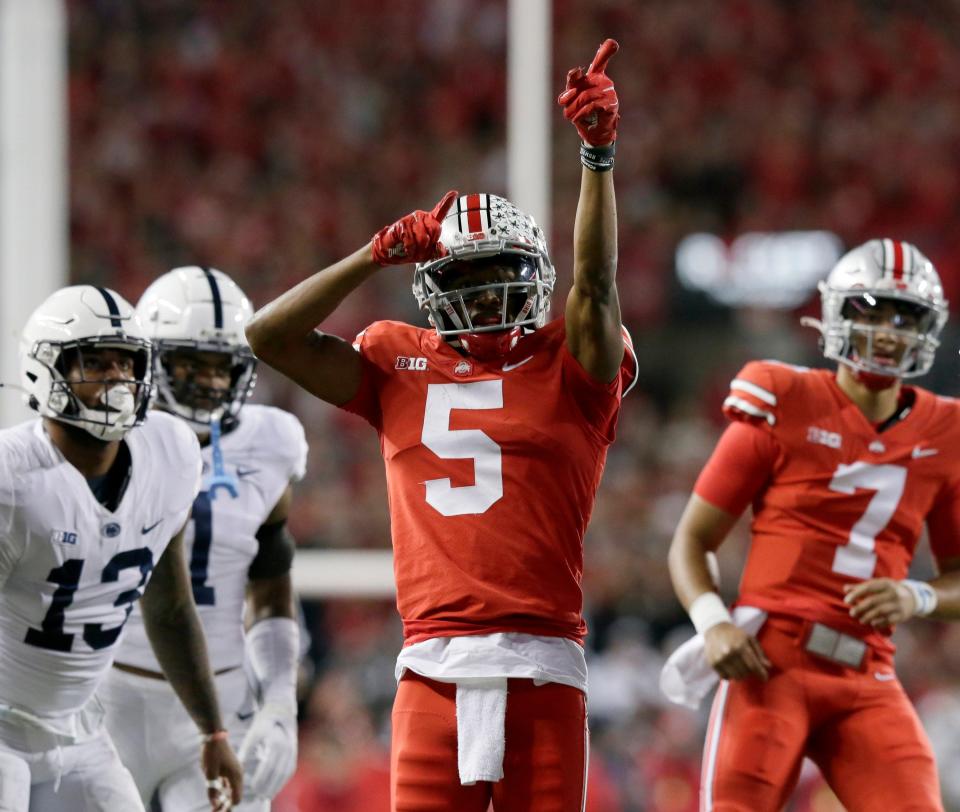 Now that the Ohio State football season is over, we’ll begin to look ahead, and one of those things we turn the page toward is the upcoming 2022 NFL draft. As usual, there will be a solid scarlet and gray hue to all the hoopla that is the annual spectacle, and we’re sure to see former OSU players go on day one, through the middle rounds, and late.

One of the foremost experts on all things NFL draft-related is ESPN’s Todd McShay. He releases several lists and mock drafts encompassing all the NFL draft-eligible players, and he’s at it basically year-round.

Now that most of the postseason is over, McShay updated his top 32 players (subscription required) in the 2022 NFL draft, and there are three Ohio State players included. Here are the three players and what McShay says about each.

“Wilson accelerates off the line and immediately puts defensive backs on their heels. He will drop his weight at the top of his route stem, and he is extremely sudden in and out of his breaks. Wilson occasionally is a body catcher, but I’ve also seen him make plenty of difficult catches away from his frame and in traffic, controlling his body and adjusting to off-target throws. There is big-play ability too, thanks to the elite speed and acceleration. He tracks the deep ball well, and while he isn’t going to elude many defenders laterally, he turns upfield and hits the second gear so swiftly that he is trouble after the catch. Wilson had 70 catches for 1,058 yards and 12 touchdowns (tied for seventh in the FBS) this season, and he had seven total TDs over his final three games.”

“Olave’s ball skills are excellent, and there is plenty of speed in his game. His route running stands out, as he explodes off the line and creates separation vertically. He always seems to have a plan, and he drops his weight quickly to accelerate out of his breaks. I’d like to see him get stronger, but Olave is an extremely talented wideout prospect. He had 65 catches for 936 yards and 13 touchdowns (sixth in the country) this season. Consider this: Olave scored at least once in nine of 11 games this season, and he had four games with at least 100 receiving yards and multiple TDs.”

Ohio State tackle Nicholas Petit-Frere, here celebrating with fans after a win over Michigan in 2019, will serve as a public spokesman for a Tampa technology startup. Credit: USA TODAY Sports

“Petit-Frere has heavy hands, and he will often knock defenders off balance and even sometimes to the ground with his power. But he also is very quick and shows body control in pass protection. As a run-blocker, he smothers defenders at the point of attack and seals off the backside. He was the Buckeyes’ right tackle in 2020 but moved over to the left side this season.”