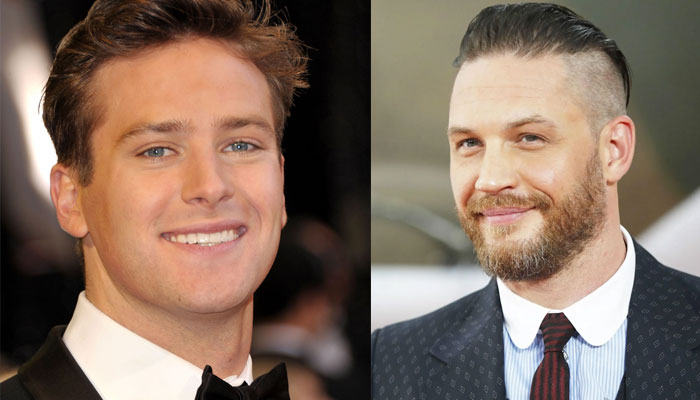 In a newly unveiled book Blood, Sweat & Chrome: The Wild and True Story of Mad Max: Fury Road, Buchanan spilled the beans on both the star’s auditions for the movie.

“Near the end of the process, Hardy emerged as a front-runner alongside Jeremy Renner and Armie Hammer,” reported the New York Times columnist.

“Hardy and Hammer even read together as part of their audition, and when Hardy gnashed his teeth and spat at his scene partner, Hammer told Miller that Hardy needed to be Max more than he did,” he added.

Todd Matthew Grossman, who handled the audition camera, told the columnist, “Jeremy and Armie were equally wonderful, but there was something about Tom in the room where it felt like that was Max, without a doubt.”

“He had that kind of suppressed emotional dryness that you’d find in a post-apocalypse and, buried underneath it, disdain for the world. There was this intensity that burned through the lens,” revealed the book, via excerpt obtained by Vulture.