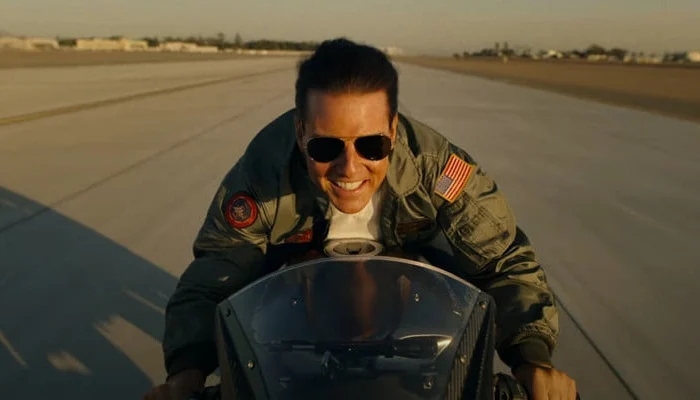 Top Gun: Maverick flies into theaters on May 27

Tom Cruise’s Top Gun: Maverick   has opened up to a good response from the critics.

The Hollywood A-lister reportedly makes a triumphant return as Capt. Pete “Maverick” Mitchell in the long-awaited follow-up to 1986’s Top Gun, and critics are praising his performance in the “barrier-breaking sequel,” as Variety’s Peter Debruge writes in his review.

But according to Debruge, Maverick doesn’t rely on being The Tom Cruise Show, and instead involves “perfectly coordinated teamwork among six pilots, recalling the group air battle that bonded Iceman (Val Kilmer) and Maverick in the original movie.”

IGN’s Matt Donato calls the movie “the Top Gun sequel purists will crave,” praising it as “an out-of-bounds blast of afterburner fumes and thrill-seeker highs that’s sure to please audiences looking for a classic summer blockbuster.”

“If Maverick can’t quite match Mission: Impossible — Fallout for sheer kineticism and well-orchestrated awe, this long-delayed sequel does more to clarify what that means than anything Cruise has ever made,” writes David Ehrlich for IndieWire, giving the film an A- grade. “And the reason for that is simple: Tom Cruise is Maverick, and Maverick is Tom Cruise.”

In Ross Bonaime’s review for Collider, he gives Maverick an A grade and says the action flick “is the rare case where it absolutely deserves all the massive praise,” and “improves upon the original in every conceivable way.”

Adds Pullman, 29, “Every one of the pilots has a story of him talking about what he thinks is great about them, what they can do with that quality. He teaches you, basically, how Tom Cruise became Tom Cruise.”

Top Gun: Maverick flies into theaters on May 27.